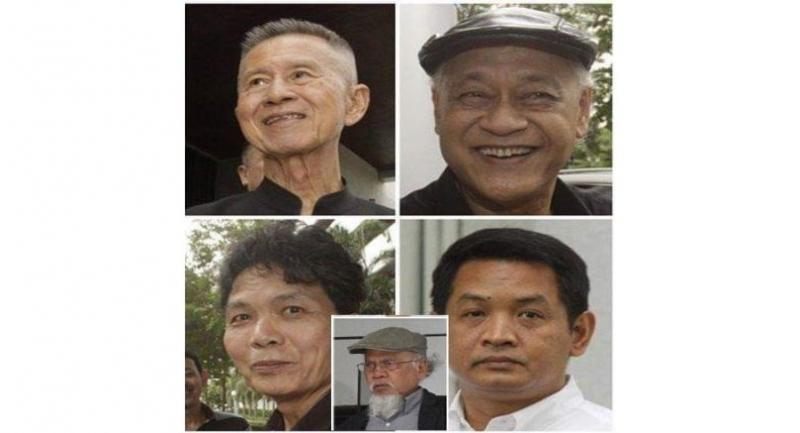 SIX JAILED activists will be among inmates allowed to walk free this month after being granted royal pardons on the occasion of the coronation of HM King Maha Vajiralongkorn.

Five leaders of the now-defunct yellow-shirt movement, known as the People’s Alliance for Democracy, are scheduled for release from Bangkok Remand Prison tomorrow.

They were jailed for eight months by the Supreme Court for their involvement in the seizure of Government House in 2008.

They began their prison sentences on February 13 and were due to be released in October but the royal pardon means they will walk free after only three months inside.

Krit Krasaethip, chief of the Bangkok Remand Prison, said that a total of 238 convicts would be freed tomorrow.

Those who have expressed wish to enter the monkhood for the monarch will be the first group to be released, Krit said, adding that the release for all prisoners was expected to finish in the morning.

Their families could wait for them and take them home from outside the front of the prison, he added.

Meanwhile Jatupat Boonpattararak-sa, known as Pai Daodin, who was sentenced to two years and six months in jail on a lese majeste-related charge in a Khon Kaen prison, will also walk free tomorrow, thanks to being granted a royal pardon.

Jatupat will be released 41 days earlier than the scheduled end of his prison term in June. His offence was widely criticised as he was convicted on a lese-majeste charge and violation of the Computer Act after sharing a BBC Thai story about the King on his Facebook page.

His father, Wiboon Boonpattararaksa, wrote on his Facebook page: “This is good news. Pai Daodin will be released on May 10. Please spread the news as many people have asked me about him.”

Khon Kaen governor Somsak said a total of 187 prisoners, both men and women, were being released under the Royal pardon.