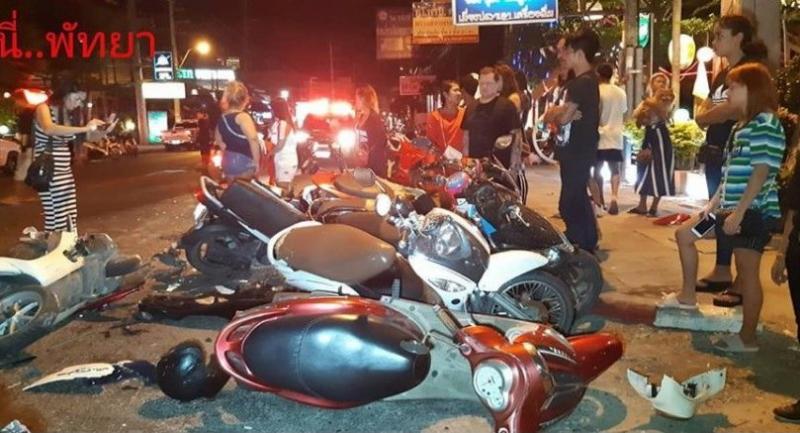 Police are questioning an alleged drunk driver after a sedan crashed into 11 parked motorcycles in Pattaya early on Friday.

Police and rescue workers arrived at Pattaya Tai Road in Chon Buri at 4.30am to find a damaged Nissan sedan on the road.

Nearby they found the driver, identified by police as Surachai Takaew, 22, who was found to have a high blood alcohol level after being tested.

Eleven motorbikes were damaged in the incident, with debris scattered all over the road. Some of the motorcyclists received minor injuries.

One of the injured motorcyclists told police that the sedan was speeding before it collided with all the motorbikes.

The driver was taken to police station and is now facing legal action.