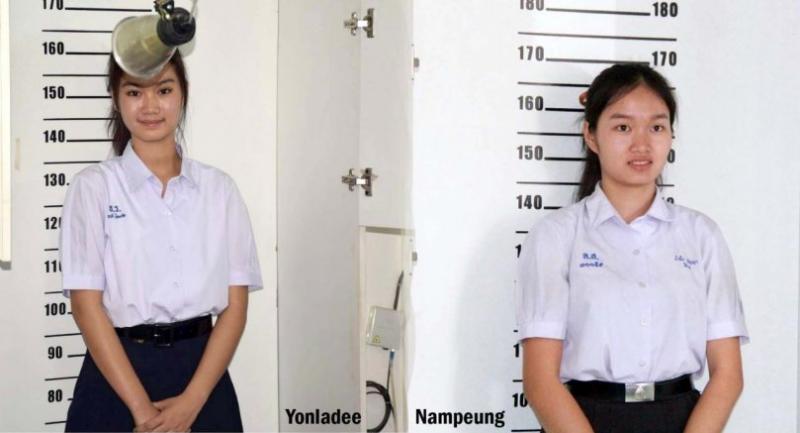 TWO TEENAGE schoolgirls in different corners of the Kingdom received national ID cards for the first time on Friday after being invited to represent Thailand in overseas academic competitions.

Yonladee Phiyatat, 17, of Rayong and Nampeung Panya, 18, of Chiang Rai were both born in Thailand.

Yonladee’s request for citizenship was quickly approved earlier this week when word spread online and in news outlets that she risked losing the opportunity to attend the Genius Olympiad in the United States. Ploy, as she’s nicknamed, won a national competition and the chance to move up to the international level in New York next month.

But her stateless status meant she couldn’t get a passport and thus wouldn’t be allowed to enter the US.

But on hearing of her plight and the public sympathy it stirred, the Interior Ministry’s Provincial Administration Department fast-tracked her application.

Yonladee was delighted when she received her ID at the Muang Ranong District Office on Friday, her parents and teacher on hand.

Ranong Governor Chatupoj Piyumputra and Muang Ranong district chief Boonchai Somjai were at the office to facilitate the matter.

“She is qualified in accordance with the law to receive citizenship,” Chatupoj said. “She’s going to bolster Thailand’s reputation at the international level.”

Nampeung followed Ploy into the media limelight and garnered the same support and prompt action. She’s been invited to compete at both the Genius Olympiad and next month’s Intel International Science and Engineering Fair in the US Midwest state of Minnesota.

Chiang Rai Governor Prachon Pratsakun on Friday handed her not just her new ID card but also cash to help cover expenses on her trips.

Thammasat University’s Bangkok Clinic run by law lecturers has helped both teens in their quest for citizenship.