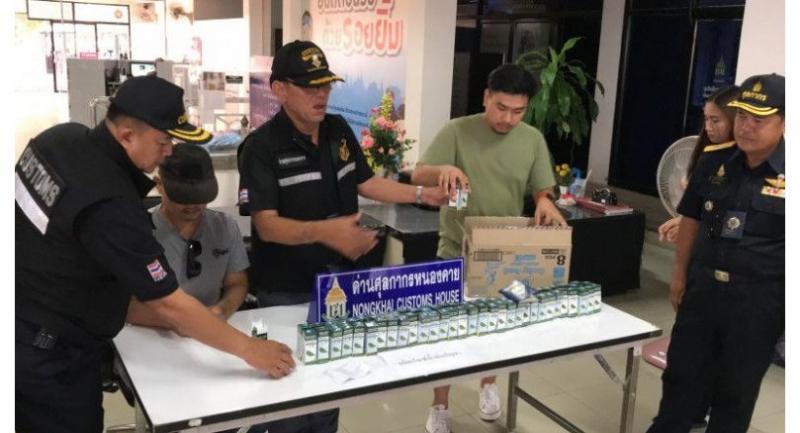 Pornpirom Wichit, 45, was arrested in Mueang Nong Khai district after 65 bottles of cannabis oil, estimated to be worth around Bt195,000, were found in his luggage.

Nimit Saeng-ampai, head of the Nong Khai Customs Office, said the oil was medical grade and the bottles carried labels in Thai describing the medicinal properties and directions for use.

He said this was the first time that customs officers had encountered any variant of medical marijuana being smuggled.

Nimit claimed that Pornpirom confessed to being paid Bt5,000 by another Lao to deliver the oil to a Thai client in Udon Thani.

He allegedly said the oil was made in Laos and intended for sale in Thailand priced at Bt2,000 for each 30-millilitre bottle.

Pornpirom was charged with smuggling a Category 5 narcotic into the Kingdom and turned over to police.