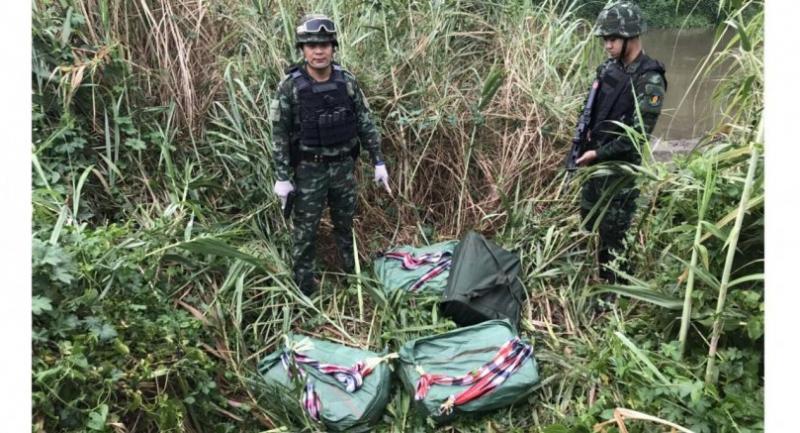 Four suspects were killed by soldiers in a shootout in Chiang Rai’s Mae Sai district as they were trying to cross the border on Saturday night with about 340 kilograms of ketamine. The officers had received a tip-off about drugs being trafficked across the Thai-Myanmar border, and upon arriving in the area, they found some 30 men, each carrying a backpack, trying to cross the river. When the officers asked to check the bags, the suspects panicked and opened fire. The encounter lasted for about 10 minutes. Though none of the officers were injured, four of the suspects were killed. The officers also found 17 modified backpacks at the scene with 340kg of ketamine.

The other suspects managed to get away as the shootout had taken place near a cornfield. The drugs have been handed over to related authorities and the case will be followed up with Myanmar authorities.