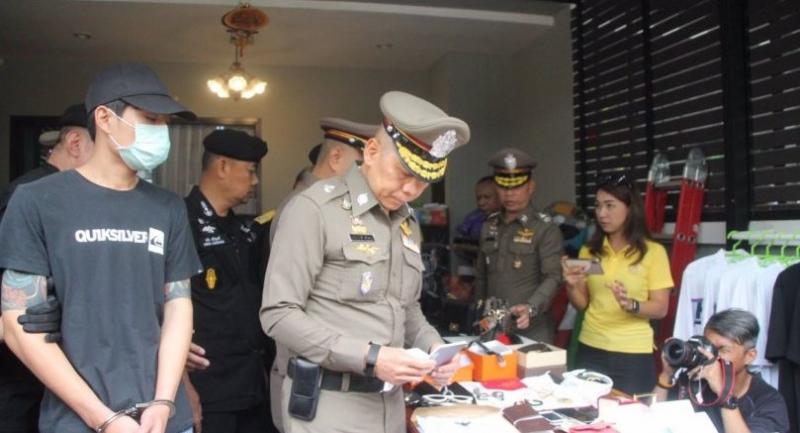 A Bangkok man has been arrested and his assets worth Bt20 million frozen for allegedly acting as a middleman and money-launderer for a drug gang, police said on Monday.

The arrest of Chaturon Puengprom, 26 a resident of Bangkok’s Lat Krabang district was announced at a press conference by Pol General Chalermkiat Srivorakan, deputy commissioner general of the Royal Thai Police, and Pol Lt-Generak Chinnapat Sarasin, commissioner of the Narcotics Suppression Bureau. Chaturon was arrested under a warrant dated October 3, 2018 issued by the Criminal Court on charges of assisting a drug trafficking operation and collaboration in trafficking drugs.

Chalermkiat said police also froze assets of the suspect worth Bt20 million, including two houses, three cars, a motorcycle and some gold and diamond ornaments. Chaturon was suspected of ordering drugs from manufacturers to be smuggled into the country, and of being in charge of laundering drug money by buying land and houses, vehicles and valuables for reselling.