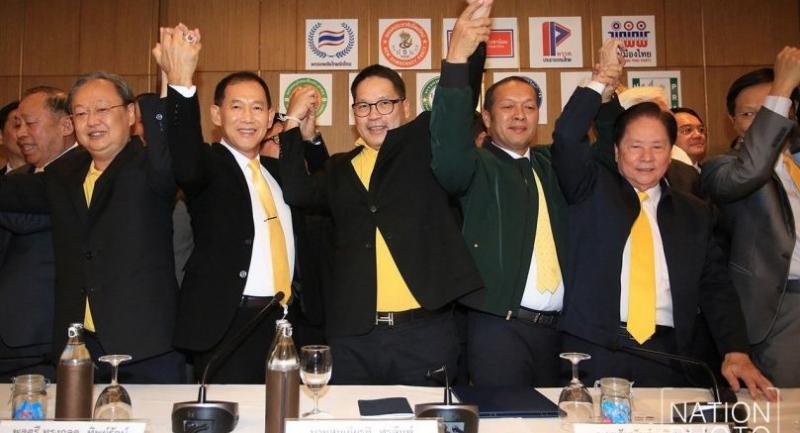 Eleven micro parties that were last week granted one seat each in the Lower House due to a controversial allocation method announced on Monday they would back General Prayut Chan-o-cha as prime minister and the pro-junta party Phalang Pracharat as the coalition leader.

Despite their support, the parties also vowed to maintain their independence and to scrutinise Phalang Pracharat’s government.

Utama thanked the parties for joining its coalition. All parties would be treated as partners and Phalang Pracharat would welcome any suggestion or criticism, he pledged.

Despite the help of the micro parties, Phalang Pracharat remained some 100 MPs short of being able to legitimately claim the right to form government. The remaining seats in contention between the pro-junta block of parties and the pro-democracy bloc were with the medium-sized Democrat and Bhumjaithai parties.

Utama reiterated that negotiations were underway and he would prefer to refrain from telling the press about the deal making.

The success of the 11 parties remains contentious. Having been short of the vote threshold of 71,000 designated under the Constitution, it was widely debated whether they should be allowed any seats in the House of Representatives.

Larger parties that were placed at a disadvantage by the seat allocation by the Election Commission to minor parties are planning to petition against the move. It remains uncertain whether the micro parties will eventually be seated in the chamber.