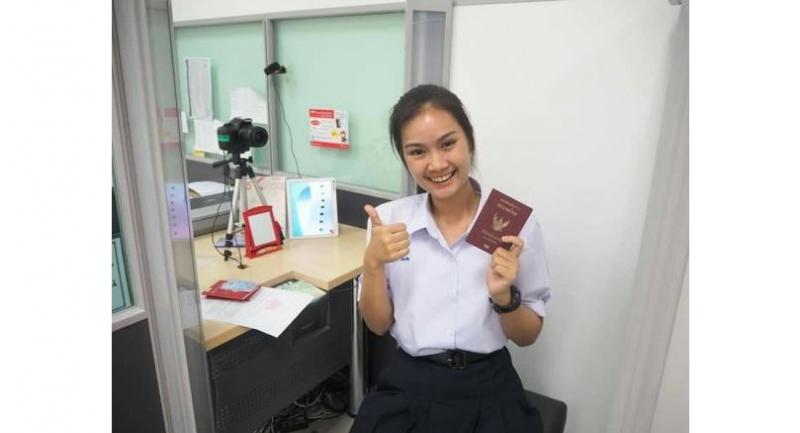 The 17-year-old Ranong-based schoolgirl Yonladee Phiyatat, who last week received Thai nationality after being a stateless person for all her life, received her first Thai passport on Tuesday as she prepared to attend the Genius Olympiad in the United States.

Ranong Governor Chatupoj Piyumputra and Stree Ranong School teachers accompanied Yonladee to apply for her Thai passport at the Department of Consular Affairs in Bangkok, while department director-general Chatri Archjananun welcomed them. After she received this document, Yonladee said she was very happy and proud to receive her first ever passport and thanked all kind-hearted senior persons and officials who helped her get it.

In the next step, Yonladee will apply for a US visa for the upcoming trip.

She pledged to do her best to bring fame to Thailand.

The girl’s request for Thai citizenship was quickly approved earlier last week, after going public over her fear of losing the opportunity to attend the contest in New York next month.

Despite having been born and grown up in Thailand, Yonladee had not automatically received Thai citizenship because her parents were foreign migrants.