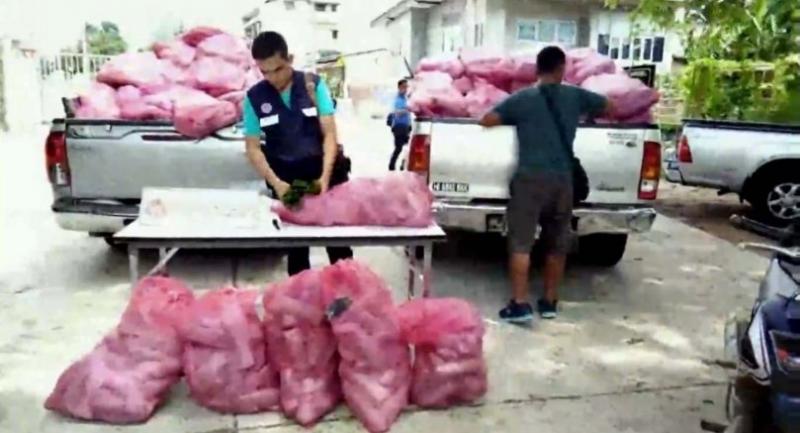 Two motorcycles were also found in the area.

Subanthit said the drugs had been smuggled across the border from Malaysia to be kept there pending distribution in Thailand.

The two motorcycles might belong to suspects who fled into the forest after seeing the officials arrive, he said, adding that the owners of the bikes would be summoned for questioning.

Kratom leaves sell in Malaysia for Bt300 per leaf, but the price doubles in Thailand, according to officials.