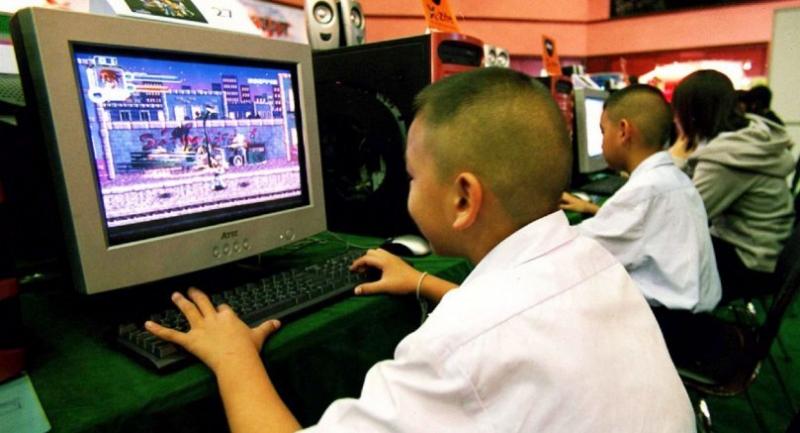 COMPUTER GAME addiction is a mental health disorder, a doctor at Bangkok’s Siriraj Hospital said yesterday, urging parents to monitor their children’s behaviour and ration their time spent in front of their screens so there is enough time for family bonding activities.

During a seminar hosted by the hospital on “healthy gamers”, Dr Charnvit Pornnoppadol, head of the Division of Child and Adolescent Psychiatry of Mahidol University’s Faculty of Medicine at Siriraj Hospital, said, “Children and youths playing video/computer games are divided into four groups – those playing game to de-stress; those playing games for fun during their free time; those playing games as a social activity, interacting with friends, and those playing games to release frustration or escape from problems.”

The first two groups were not suffering from game addiction, he said, because they can quit it easily. The last two, however, would have difficulty giving up, especially those who moved into the virtual world to escape their real lives.

Addiction to video/computer games has been recognised by the World Health Organisation as a mental health disorder, Charnvit said. It is defined by a pattern of persistent or recurrent behaviour that has become so all-pervasive that it has taken precedence over all other activities. Game addicts are obsessive and have lost control over their habit, so they keep playing even when other parts of their life are all but ruined, he said. Parents should monitor how much time their children are spending on gaming and any behavioural changes. These include becoming more aggressive, argumentative and introverted; their friendships also tend to move from people they meet in person to those they hang out with online.

The parents’ own behaviour can also be a contributing factor in their children ending up as game addicts, Charnvit pointed out. This might involve failing to spend any time with their kids or unwittingly encouraging them by failing to impose any limits on the time they spend in front of their screens, or overindulging them out of fear that the kids will be angry and not love them. Some parents also fight in front of their children, creating a tension that kids seek to “escape” by spending all their time on their video games. Some parents also set a bad example by themselves being preoccupied on their phones or at their game screens.

“If you notice that kids are spending too much time gaming while also having less time for other activities, like hanging out with friends or exercising, and that their academic performance has dropped, they may be addicted to games,” he added. “The number of hours isn’t the only indication by itself but also how the kids balance the time they spend on other things.

“The appropriate time period shouldn’t be more than one hour a day on weekdays and two hours a day at weekends – the kids should also only get to play on the condition that they first help in the house chores, exercise and do their homework.”

The doctor said children under two should be completely barred from gaming while those aged 6-13 should only be allowed to spend up to one hour a day and those over 13 up to two hours a day. He said that those who become “e-sport athletes” normally age between 20-25 after that age, many could suffer from macular degeneration and impaired sensitivity to light in their photoreceptor cells.

Among those who addressed the seminar was Nitipat Uahwatanasakul, producer of the popular TV drama “Waisaeb Saraekkad Project 2” (Broken Project 2). Although the programme famously portrayed the violence perpetrated by game-addicted children against their family members, real life as seen in the news and from the production team’s research from discussions with psychiatrists, contained even worse examples, said Nitipat.

“Parents should keep an eye on kids as this is a real problem, not a small issue as some may think. Children are the nation’s future and we must be aware of it and tackle this problem,” Nitipat said, urging parents to seek advice via the website www.healthygamer.net.