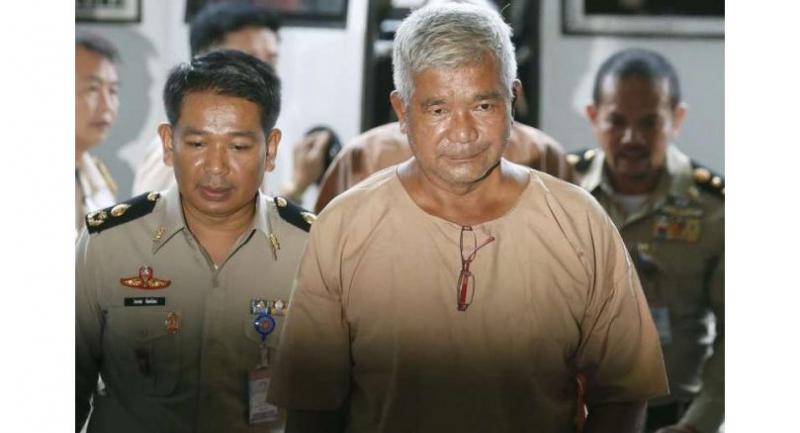 Among those receiving guilty verdicts were Lt-General Manas Kongpan, who headed the Internal Security Operations Command for the entire South before his arrest in 2015; Pajjuban Angchotephan, a former president of the Satun Provincial Administrative Organisation; and Padang Besar Municipality’s former mayor, Banjong Pongphon.

Manas and Pajjuban were each jailed for 20 years and Banjong for 10.

Ten of the 54 defendants arraigned on the count of money-laundering were acquitted.

The case related to the high-profile 2015 discovery of a mass grave in a jungle shelter in Sadao district in the border province of Satun, where traffickers had hidden their victims’ remains.

Most of the victims were ethnic Rohingya people from Myanmar and Bangladesh.

The court heard that the defendants made an estimated Bt443 million from their activities – the money was laundered between 2011 and 2015 in Satun, Ranong, Songkhla and Krabi provinces.

The jail terms delivered yesterday were on top of the punishments meted out two years ago for human trafficking.

In July 2017, the Criminal Court convicted Manas, Banjong, Pajjuban and dozens of their accomplices for trafficking 58 Rohingya victims.

Banjong received a 78-year imprisonment, Pajjuban got 75 years and Manas was jailed for 27.