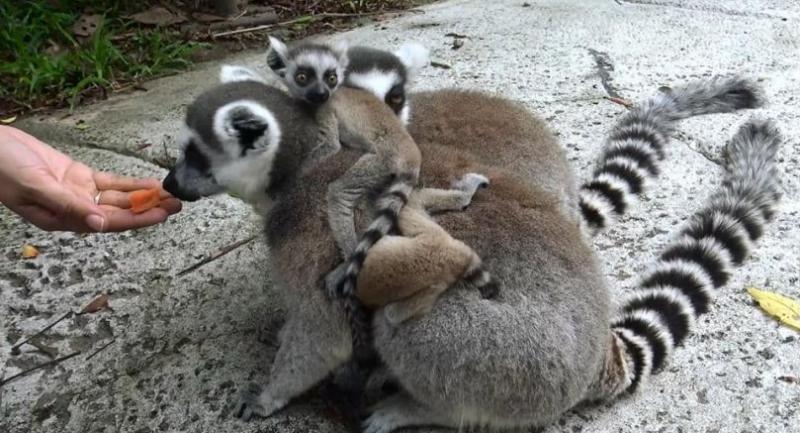 Chalermwut Kasetsomboon, director of the zoo, said it was the first pair of lemurs born at the zoo. Their mother is called Mae Sam from the Khao Kheow Open Zoo in Chon Buri. Chalermwut said the mother had given birth twice before but not to twins.

The director said the sex of the twins is still unknown as they cling to their mother. The twins appear healthy and strong, he added.

The zoo decided to take the mother and the babies to the display section to mark the start fo the school semester, Chalermwut said.