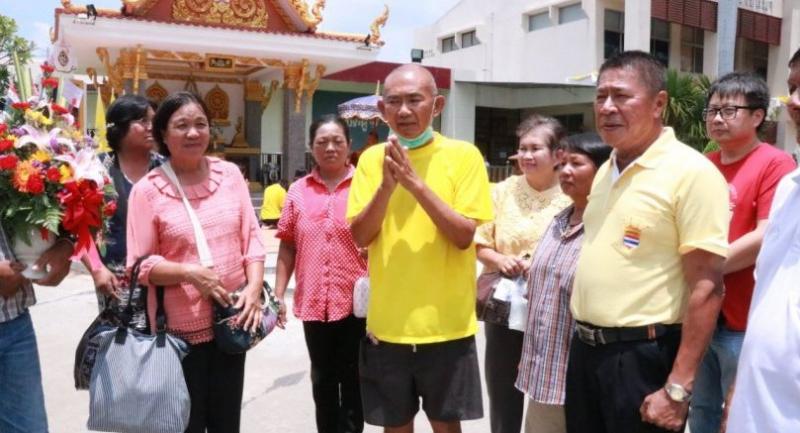 A coronation pardon was granted to 168 Central Nakhon Ratchasima Prison inmates on Wednesday, including a red-shirt leader who was jailed for lese majeste last year.

The prison held a ceremony to mark the release of the prisoners, who included 25 women.

Anuwat Tinnarat, a former red-shirt president in Nakhon Ratchasima, said in tears that he felt gratitude for King Rama X’s mercy and promised to be loyal to the monarchy forever. “Long live the King,” he said.

Anuwat was sentenced by a Nakhon Ratchasima court to three years in jail for speaking on stage at a rally for the United Front of Democracy Against Dictatorship, known as the red-shirts, in February 2014.

He was released on bail and appealed unsuccessfully against his conviction but finally started serving his sentence after his final appeal was rejected by the Supreme Court in March last year.

Anuwat was on Wednesday welcomed by his wife and family after being released just 14 months into his three-year sentence.

Rachun Kaweekul, the chief judge in Nakhon Ratchasima, said that the royal pardons had been granted for the prisoners’ good behaviour and was aimed at allowing them to return to society for the benefit of the country.

The authorities have offered training in many careers to help former inmates find work.