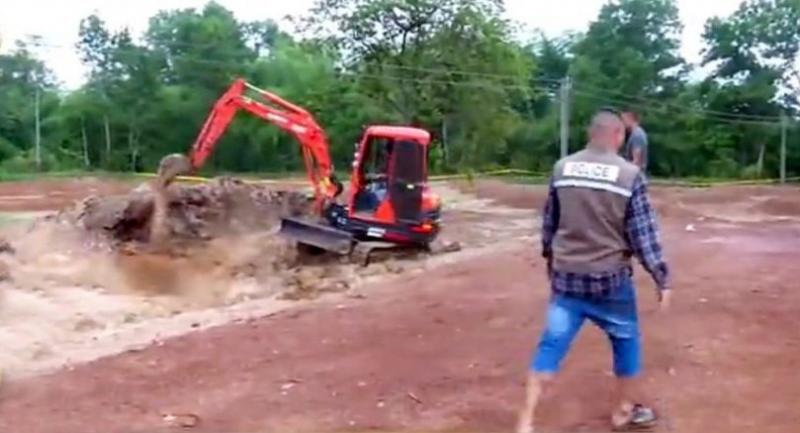 The decomposed body of a 46-year-old politician, who went missing from his home in Chanthaburi on April 15, was found after his 50-year-old newly married wife confessed to shooting him dead in a fit of jealousy.

Tambon Wang Mai administration member Songsak Phermsuk's body was wrapped in a plastic sheet with a nylon rope. It was dug up by a backhoe at 7pm on Tuesday from his wife Benjawan Thaijia's durian orchard in Tha Mai district. Police brought the woman to point out the three-metre-deep grave.

Songsak's son from his previous marriage, Purisadang Phermsuk, told reporters that the family reported him missing with the Tha Mai police on April 15.

He also filed a petition with the Royal Thai Police in Bangkok.