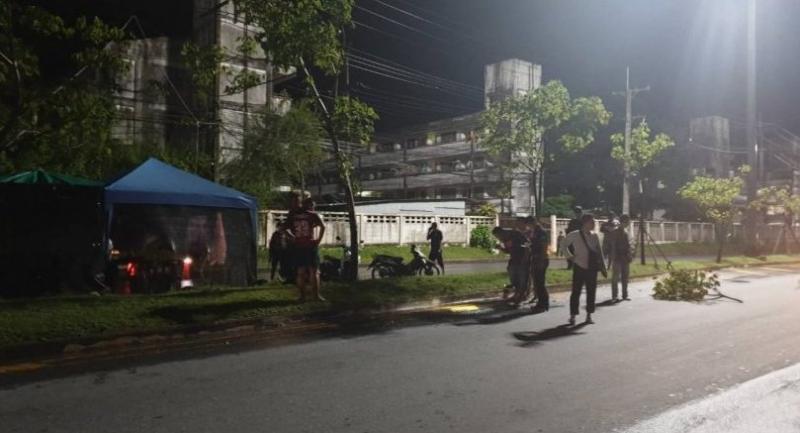 Pol Col Narawee Binwaearong, commander of Muang Yala police station, said two insurgents on a motorcycle rode to a security checkpoint on the Siroros Road in Muang district and the pillion rider hurled a pipe bomb at the checkpoint at about 8.15pm. The bomb fell beside the booth and caused slight damage to the road. No one was injured.

Shortly after the first explosion, another pipe bomb was hurled at a security checkpoint on Sukyang Road, in front of a police residential building in Muang district.

Narawee said two Army troops and two rangers were slightly injured in the second attack. They were identified as Sgt Thanakrit Srirasas and Pvt Nontharat Boonklong from the 12th Yala Taskforce and two rangers, Fikrong Toung and Chanakan Kongphan.

The four suffered ringing ears and chest pain and were sent to Yala Hospital.

At about 8.30pm, insurgents sneaked into the compound of Ban Ba-ngoi Sinae School in Tambon Ba-ngoi Sinae in Yala’s Yaha district and one of them hurled a pipe bomb at the rangers' living quarters.

The bomb exploded on the roof of the house. The bomb shrapnel severely injured a ranger, Sgt Somchart Panomrak, 43. He was taken to the Yaha district hospital.

Police believe the attacks were launched to commemorate the Muslim holy month.