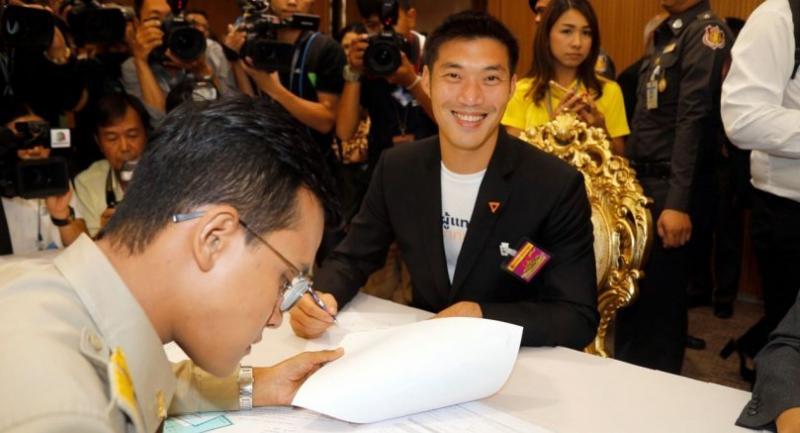 The Election Commission (EC) on Thursday decided to ask the Constitutional Court to disqualify Future Forward Party leader as he was found to have violated election law by registering his candidacy while holding shares in a media firm.

Thanathorn Jungroongruangkit, 40, is accused of not giving up his shares in the V-Luck Media Company before registering his candidacy.

The decision came a few days after Thanathorn was named party-list MP in the March 24 election and registered in Parliament.

EC launched an investigation into Thanathorn’s business activities after activist Srisuwan Janya filed a motion with the commission asking it to disqualify the politician.

Section 42(3) of the MPs Election Act prohibits an election candidate from being a proprietor or shareholder of a media company.