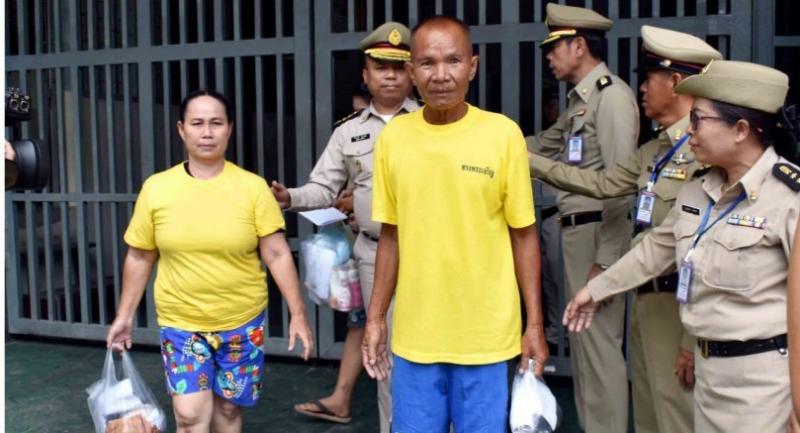 A KALASIN couple jailed since 2017 for forest encroachment left prison one year early yesterday as beneficiaries of a royal pardon.

Udom and Daeng Sirisorn had been the recipients of widespread public sympathy following their sentencing.

Their arrest in 2010 drew criticism when it was revealed they had merely been gathering mushrooms in the Dong Ranaeng Forest Reserve. But the Supreme Court ruled in 2017 that they had in fact illegally cut down more than 700 trees and encroached on 72 rai (11.5 hectres) of protected land. Udom and Daeng were each sentenced to five years in jail and ordered to pay the state Bt2.52 million.

The jail term was much lower than the 15-year sentence handed down by the court of primary instance.

In jail, Udom and Daeng demonstrated good behaviour and their term had already been reduced. Udom was set to complete his sentence in May 2020 and Daeng in September 2020.

The King this month granted pardons to them and 236 other convicts.

Prior to their release, Udom and Daeng formally vowed to be good members of society and sang the Royal Anthem in honour of the monarch.

A large number of relatives met them in front of Kalasin Prison.

“We are so glad that they received the royal pardon,” one relative said. “We are overwhelmingly grateful.”