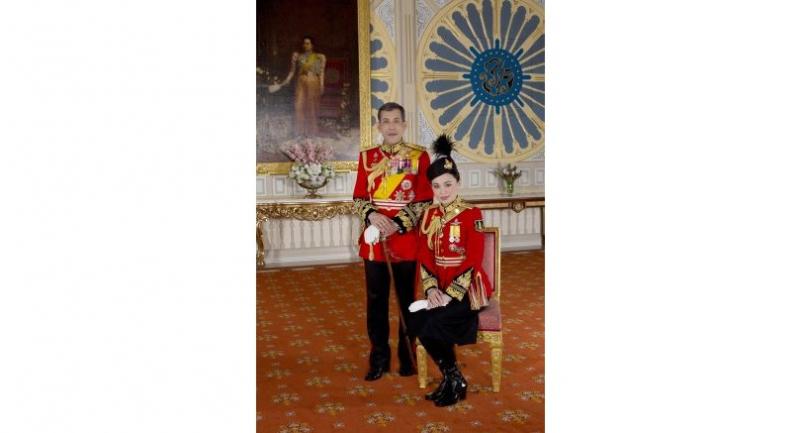 Official pictures of Their Majesties the King and the Queen can now be downloaded from the Public Relations Department’s website.

A total of eight pictures, most of them featuring both HM King Maha Vajiralongkorn and HM Queen Suthida, were released through the website yesterday.

In one of the pictures, the royal couple are in Royal Thai Air Force uniform with a small plane behind them. The monarch is a qualified pilot for fighter and civilian aircraft.

His Majesty the King has granted permission for people and organisations, from both private and government sectors, to use these pictures when they wish to express loyalty or pay tribute to him and his Queen on important occasions.

June 3, the birthday of the Queen, is now a national holiday, along with the King’s birthday, July 28.

The King married his queen just prior to the coronation ceremony, which took place earlier this month.

Last Friday, the King also granted 20 pictures of the Queen for use in honouring them. These pictures are available for download via the Public Relations Department’s website too.

Tags:
Their Majesties the King and the Queen HM King Maha Vajiralongkorn HM Queen Suthida Photos of Their