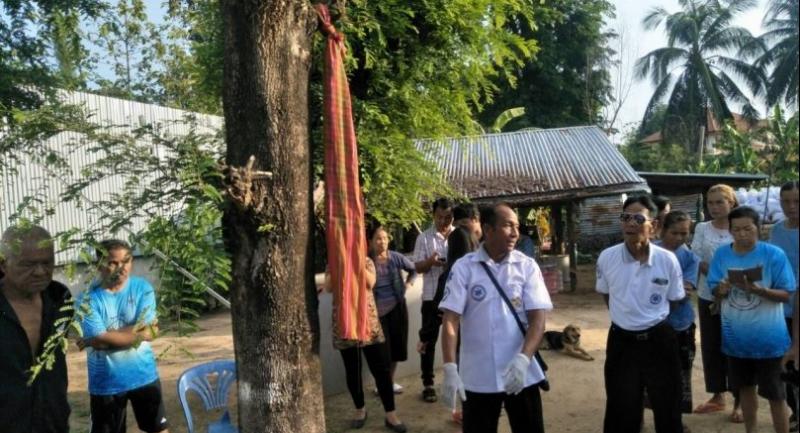 The owner of a fermented fish factory in Kalasin’s Muang district was found hanged behind his factory on Thursday morning, police said.

Muang Kalasin police were alerted to the death of Noppadol Thanomphut, 46, at 6am.

Police said his wife found Noppadol hanging from a tamarind tree behind the factory in Ban Dong Sawang village in Tambon Huay Pho.

The wife said Noppadol woke up at 3am when there was a power outage and walked out of the bedroom.

She said that when she found her husband she called for neighbours to help bring him down but he was already dead.