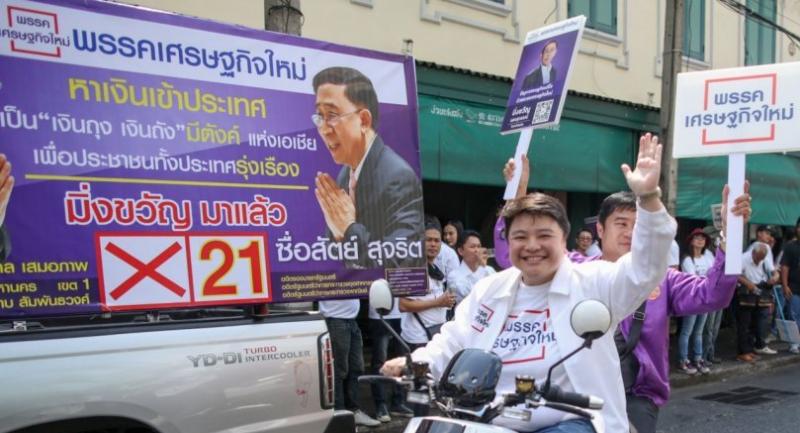 Unsuccessful New Economics parliamentary candidates on Thursday sought legal advice from the Election Commission, complaining that the party failed to reimburse them for their electoral campaigns.

The group led by Udon Thani candidate Angkritsada Rawinit alleged the New Economics executives failed to keep their promise to repay money spent during their campaigns.

Each candidate had spent between Bt200,000 to Bt2 million, he said.

They were suffering from stress and some had become suicidal over their financial problems, Angkritsada said. He added that at least two candidates had already died because of stress.

The development came after Mingkwan Sangsuwan stepped down as leader on Thursday.

Angkritsada said he was not certain if his resignation had stemmed from the financial problems.

“I can only say that it is shameful,” he said. “If he is to quit, he should quit from the House of Representatives, too. If he cannot help the party candidates, he cannot possibly help the country.”