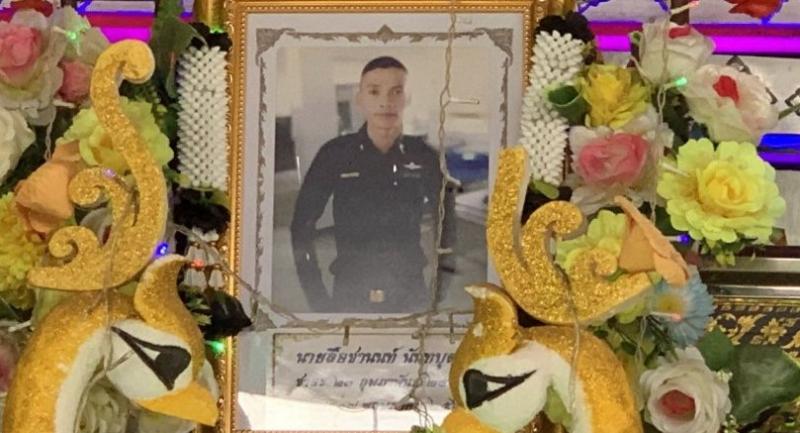 THE FAMILY of Private Leuchanont Nantabut, who died at the age of just 22, suspect that he might have been the latest victim of violence inside a Thai military camp.

“About two weeks before his death, he told me about a conflict he had with a more senior soldier. He talked about his fear that he would be attacked and killed,” Leuchanont’s father Kampaeng Nantabut said on Thursday from his hometown in Si Sa Ket province.

Leuchanont had served as a private for 11 months after responding to a conscription notice and voluntarily joining the military. On May 17, however, he died in mysterious circumstances. Royal Thai Armed Forces Headquarters’ spokesman Maj-General Kris Channiyom said on Thursday that a preliminary investigation suggested Leuchanont had fallen down while trying to secretly climb a building to get into a recreation area.

“He was neither drunk nor beaten up,” Kris said, adding that the military would like to extend its condolences to Leuchanont’s family.

According to Kris, there was no witness to the fall because Leuchanont was alone at the time. “But we will conduct a thorough investigation and we will increase safety measures in our compounds,” Kris said.

Leuchanont worked at the Military Police Battalion under the Royal Thai Armed Forces Headquarters. He reportedly disappeared on May 17 and his body was found four days later.

His body was sent back to his hometown on Wednesday so he could be given a proper funeral.

Kampaeng said his family had contacted many soldiers at the unit where Leuchanont worked to find out precisely what happened.

Strangely, their answers about the death differed.

“One says he just died in his sleep and simply did not wake up. Another says he was accidentally electrocuted. Another mentions a fall down a building,” he said.

He said the post-mortem report had said his death had been caused by the impact of a blunt object that broke his ribs.

Leuchanont’s elder brother said sadly on his Facebook page that those responsible would probably get away with it scot-free.

“I know that in the end, we won’t be able to bring you to justice but I would like to ask how many more victims will have to die at your hands for you to end such practices,” he said.

His post did, however, reveal his suspicion about foul play being behind his brother’s death and his awareness of the fact that many young men died while conscripts or soldiers.

The list of those who died in mysterious circumstances while serving the forces runs much longer, and goes back some years.