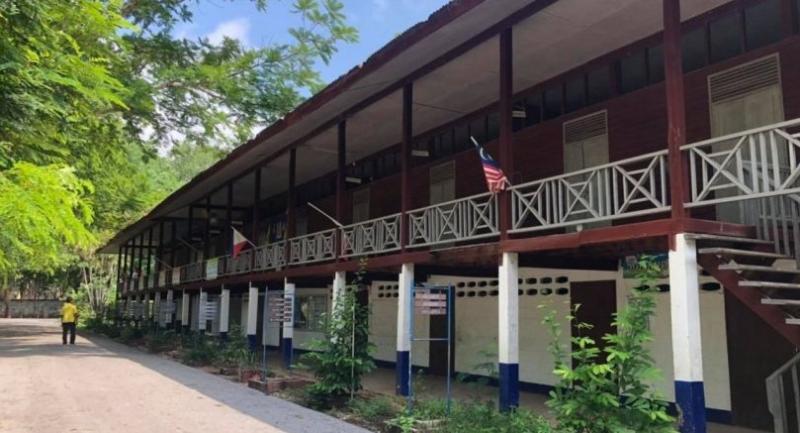 WITH A SINKING heart, Pramuan Sri-udom said goodbye to the 79-year-old Ban Noen Ku School in Tambon Sawathee of Khon Kaen’s Muang district after having taught there for many years. Pramuan and his 18 primary-level pupils were moved to the larger Ban Moung Po School in the same tambon, under the Office of Basic Education Commission (Obec)’s policy to merge 15,000 small schools with larger schools.

“Ban Noen Ku was built in 1940 by locals because the state budget took too long to arrive. I feel sorry for the villagers who built the school, which is now being abandoned,” Pramuan said

However, he admitted this change was inevitable as he was the only teacher left, after one retired and two others were transferred last year. He also conceded that a well-equipped, larger school will cater to students better.

The school merger began last year when the first batch of 14 Ban Noen Ku pupils was sent to Ban Moung Po School in the first semester and another four younger students followed in the second semester.

Pramuan began working this semester at the new school, which now has 115 students. At Ban Moung Po School he will be teaching Prathom 3 to 5 students history, home economics, health and hygiene and art, and will also oversee the boy scouts and provide counselling. He said he is keeping tabs on his Ban Noen Ku students to ensure they are adjusting well. Initially they had problems with transport, so the Khon Kaen Primary Educational Service Area 1 Office allocated funds to cover the transportation costs for 18 pupils.

Prathom 5 student Pirapat Cheuasawathee said though it was a bit tough adjusting to the new environment in the beginning, he is now having fun and has made a lot of friends.

Also, he said, the crammed songthaew to school wasn’t that bad either.

Obec chairman Ekkachai Kisukphan said the commission’s board has assigned officials to compile and study regulations and laws, so they can be amended if necessary to facilitate the merger of 15,000 schools.

The Obec board also discussed the problems that arose in some of the 7,000 “opportunity expansion” schools that had both primary and secondary levels allowed Prathom 6 students to continue studying despite there being only a few students.

Noting that one such school had only four Mathayom 1 students and no students at the Mathayom 2 and 3 levels, he said the board had resolved to have these schools announce publicly a year in advance that they will not be taking new students for the secondary level. Meanwhile, he said, the current students will be moved to other schools nearby, Ekkachai added.