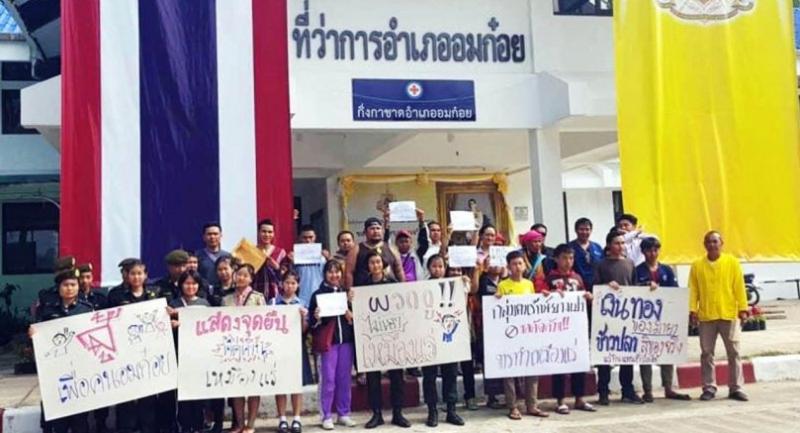 AN ENGINEERING ACADEMIC has raised concerns about the potentially serious environmental impacts of an open coal mine planned for Chiang Mai’s Omkoi district.

The Primary Industries and Mines Department has already given assurances that the project must first be subjected to public hearings and an Environmental Impact Assessment (EIA), but residents of Omkoi this week voiced opposition to opening a coal mine in what is currently forestland.

Sate Sampattagul, a lecturer in mechanical engineering at Chiang Mai University, said public concerns about the project were logically sound. Even if proper environmental measures were implemented, he said, the mining activity would likely cause multiple environmental issues in the future, he said.

Among potential problems are a major loss of forestland and biodiversity, air pollution and high greenhouse-gas emissions caused by extracting and burning coal, Sate noted. “The details haven’t yet been made publicly clear, so I can’t properly predict how serious the environmental impacts will be,” he said. “But coal mining is generally considered quite harmful for both the environment and people’s health.

“Even if the project owners have good mining practices and pollution-control standards, opening a coal mine in the forest will surely cause some deforestation and would lead to degradation of the environment and ecosystem.”

He said the mining activity would contribute more air pollution in an area already suffering from seasonal smog. Dust and the exhaust from mining machines would worsen air quality and, if the mine were high on a mountain, the area affected by air pollution would be even wider.

“The air pollution from coal mining will be much more harmful to people’s health than wildfire smoke, because it contains several toxic substances that could severely endanger health,” Sate stressed.

“Moreover, the extraction and burning of coal will emit a large volume of greenhouse gases into the atmosphere, contributing to climate change, and end up causing global harm to the environment and people’s wellbeing.”

Charukit Ketkaew, director of Primary Industries and Mines Office 3 in Chiang Mai, said the project proponent was currently applying for a coal-mining concession. Approval would not be granted without a public hearing, an EIA, and permission secured from several state agencies.

“I know coal mining is seen as quite negative in the public’s mind, so I understand why the local people are concerned,” he said.

“But I assure you that the proposal must first pass several processes in order to guarantee that the operation would have the least impact on the environment and the people before they can begin their project.”