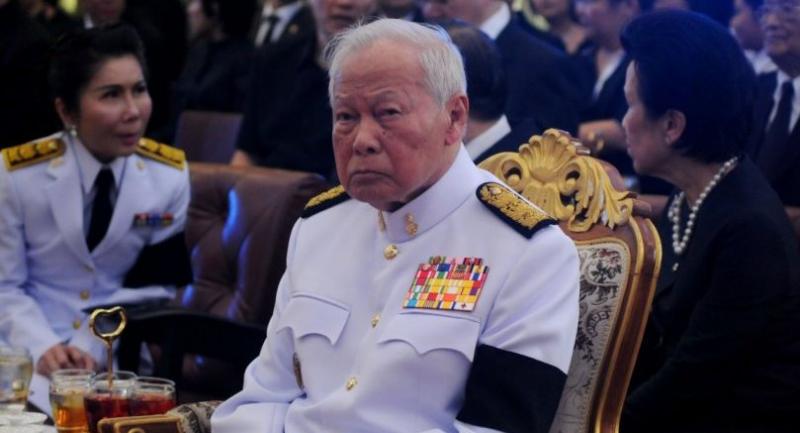 Academics say new generation has its own ideology and it would be hard for another influential figure like Ex-PM to emerge.

THE PASSING of statesman and former prime minister Prem Tinsulanonda was likely to bring about a new and more open political era, shifting away from “Thai-style” democracy and military domination, analysts said. Prem, one of the country’s most influential political figures for more than four decades who served as Army commander, prime minister and adviser to the Royal Palace, died at age 98 yesterday.

After Thammasat University massacre in October 6, 1976, Prem was defined as “political influencer” and as one of the founders of “semi-democracy” in Thai politics, which has continued until current times as “Thai-style” democracy, Stithorn Thananithichot, a political scientist from King Prajadhipok’s Institute said.

Although during some periods, Thai politics was a true democracy, it reverted to a backward democracy, especially with the current Constitution, said the academic.

Without contesting a general election or joining a political party, Prem held the prime minister’s post with the backing of political parties from 1980 to 1988.

Prem left politics and later was appointed a privy councillor and a statesman in 1988 but his charisma and influence continued over Thai politics.

“He was a symbol. You can see why every prime minister and Armed Forces commander had to pay their respects to him on special occasions,” he added.

Stithorn referred to then-premier Thaksin Shinwatra, whose party Thai Rak Thai had won a majority of 375 MP seats in the 2005 election, deciding to dissolve the House in 2006 after a meeting with Prem. At that time, Thaksin was under siege from yellow-shirt protesters. In his view, Prem was the person who served as the bridge or balance between the conservatives or the establishment and liberal democracy.

Titipol Phakdeewanich, dean of political science at Ubon Ratchathani University, said Prem’s influence and significant role in the military had helped society and people endorsed the role of military in Thai politics. “Prem represented a ‘good general’. His charisma helped convince people to respect or believe in what he said,” Titipol said.

With Prem’s passing, from now on, military and junta chief and PM Prayut Chan-ocha would not have that endorsement any more and that could lessen their credibility, he added.

He said although the military now would be able to consolidate power in Parliament as the pro-junta bloc appears likely to form the next government, several processes leading to the progress of democracy are taking place as well.

“The military-linked government would be scrutinised as the opposition party is quite strong in Parliament, while people would be more open to new voices or the real philosophy of true democracy,” Titipol said.

However, Yuttaporn Issarachai, a political scientist at Sukhothai Thammathirat Open University, sees no political implications for politics, as Prem’s connection, or the so-called “Look Pa” or Prem’s son, are currently not a major player in the society.

For example, the Democrat Party, the political party seen as closest to Prem and the main party that supported Prem during his premiership, is not a key player in politics anymore, the analyst said. Analysts agreed that it would be difficult to find a man who has such charisma and respect to replace him and play his role. Yuttaporn said it is not easy in the modern era that a most influential person like the late prime minister would rise to fame and be as well-respected as him, as society now has diversity in power.

“Society has evolved. The new generation has its own ideology. I think the tradition of respecting or clinging to a sole senior person would be in gradual decline,” said Yuthaporn.

“It will be a long time for another person with the charisma and respect that Prem enjoyed to rise, if he did not appoint his successor,” Stithorn said.

If there is any concern during the transition period it could be the relationship inside the military, he added.

As in the past, Prem helped keep the balance of power and relationship of two big factions in the Royal Thai Armed Forces that have dominated the Army for several years. The two are the Burapha Payak royalist military faction – known as the “Eastern Tigers” that propelled junta chief General Prayut to power, and Wong Tewan, or military officers in the 11th Infantry Regiment King’s Guard, known as the “Raab 11”.

“I don’t know if Prayut or Prawit [Wongsuwan, defence minister] can balance the power. If not, a well-respected person like Prem might be needed,” he added.