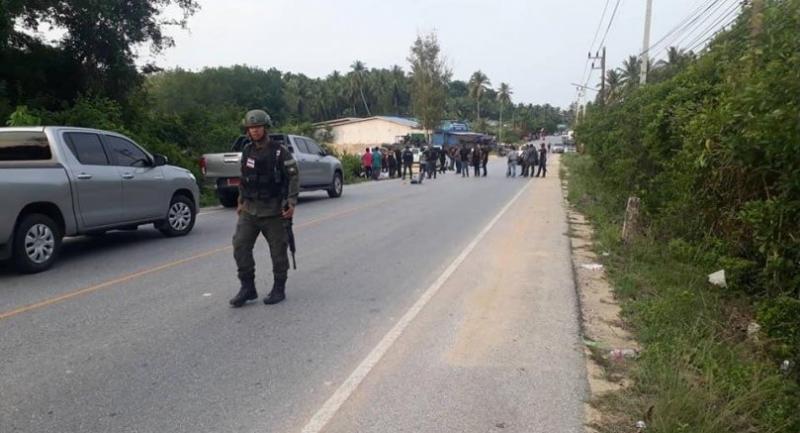 A ranger was killed and another injured in a shooting carried out by gunmen on motorbikes in the southernmost province of Narathiwat on Sunday afternoon.

Four gunmen on motorbikes opened fire on Somchai Chuanchomphu and Muhammad Reswan Maray as they were riding from their base at Wat Cheongkhao to a market in Ba Cho district, according to police.

Somchai was declared dead at the scene while Muhammad was rushed to hospital.

Violent incidents have taken place on almost a daily basis in the predominantly Muslim region since early 2004, killing about 7,000 people so far. Police said the fresh gun attack on the two rangers was the latest in a spate of violence.