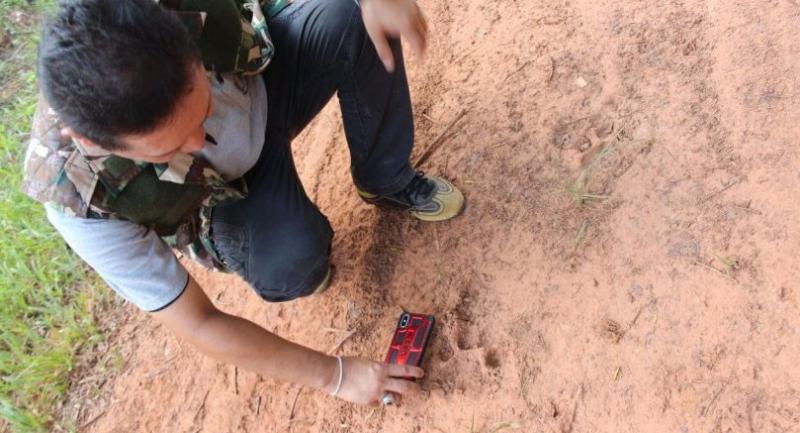 Tracks made by a large tiger were found near a manmade salt-lick in a national park in Nakhon Ratchasima’s Kornburi district, confirming the fertility of the forests, a park official said on Monday.

Somsak Kanchanakacha, chief of the third management office of the Thap Lan National Park, was leading officials to survey areas suitable for creating more salt-licks and planting edible foliage for wild animals in the park on Monday morning when he spotted the tracks. Each footprint was about 6-inches long, indicating that a large tiger had moved in to occupy that part of the forest thanks to an abundance of food in the area.

Somsak added that the spot also had tracks of prey animals, such as barking deer, deer and wild boars. He added that the group had identified several spots for creating salt-licks and planting edible foliage. The aim of planting more fodder is to prevent wild elephants feeding on farm crops.

Somsak said a recent survey indicated that some 20 to 30 tigers and some 250 to 300 wild elephants are living in Thap Lan National Park.