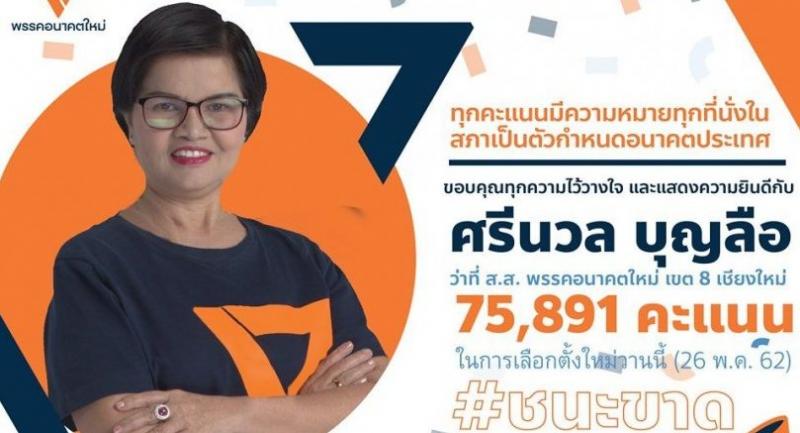 Future Forward Party appears to have won an additional parliamentary seat in a re-election held in the eighth constituency in Chiang Mai on Sunday.

According to an unofficial count, Srinuan Boonlue won 75,891 votes in the re-election, which was held after the Election Commission suspended Surapon Kietchaiyakorn, a Pheu Thai candidate, for allegedly buying votes.

Surapon, who had won the most votes in the March 24 national election, denied the allegations.

Srinuan’s victory will add one more seat to her party’s 30 parliamentary seats. The unofficial calculation for the party-list members based on the win Srinuan’s winning would also reportedly result in both the Palang Pracharat and Democrat parties automatically gaining one additional party-list seat each.

A provincial EC branch will report the results of the Sunday vote to its headquarters today.