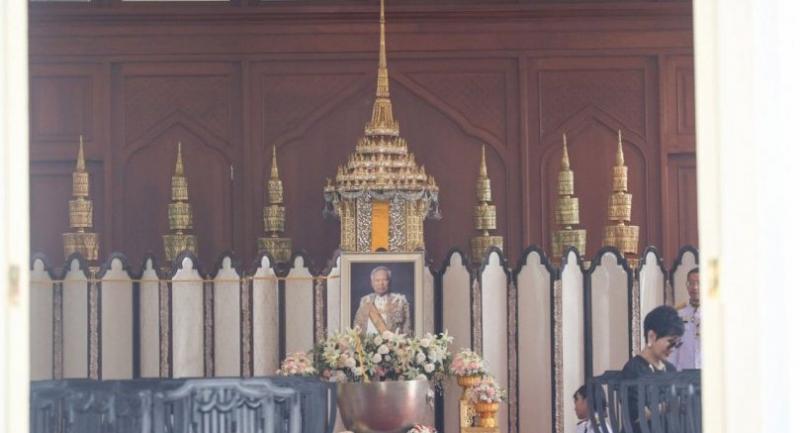 Grief and mourning filled the air as the body of late statesman General Prem Tinsulanonda arrived at Wat Benchamabophit in Bangkok on Monday.

Prem’s body, covered by the national flag, was moved from Phramongkutklao Hospital to the temple, where a royally sponsored bathing rite is scheduled to take place later today.

Prem, one of Thailand’s most influential political figures for over four decades, who served as Army commander, prime minister and adviser to the Palace, passed away at the age of 98 on Sunday.

The funeral rite will be held from May 27-June 2.