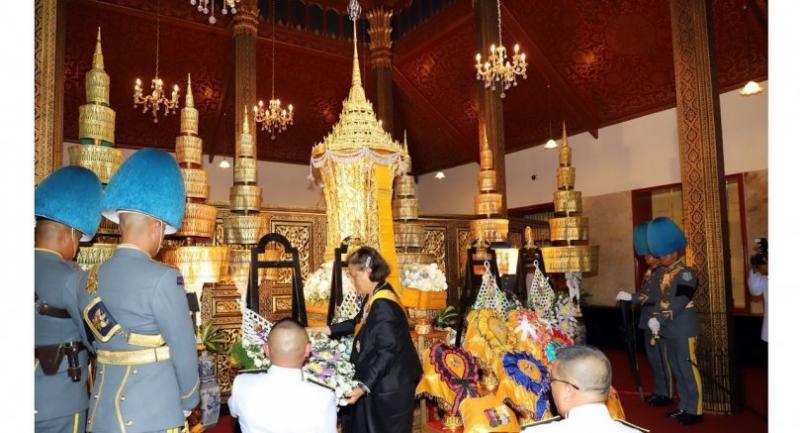 Before passing away, General Prem Tinsulanonda had indicated that he planned to donate the money he saved from his salaries to the poor and for public interest, one of the late statesman’s close aides said yesterday.

General Phitsanu Putthawong, who oversees the Statesman General Prem Tinsulanonda Foundation, said Prem intended to give away the salaries he had been paid as prime minister, privy councillor and other posts.

Phitsanu said he had earlier discussed Prem’s intention with Deputy Prime Minister Wissanu Krea-ngam and was thinking of organising sustainable projects that can help the poor.

Wissanu said that not long before his passing, Prem had his close aide inform him that the former Privy Council president wished to donate some of his assets for public interest.

However, no concrete decision has been made yet, Wissanu said. The Deputy PM added that Prem’s passing was a loss for the country and the region, as he had done a lot of good work, especially in the security sector.

Prem, one of Thailand’s most influential political figures for over four decades and who served as Army commander, prime minister and adviser to the Palace, died at age 98 on Sunday.

Deputy Prime Minister General Prawit Wongsuwan, who is also defence minister, admitted that Prem’s passing was a huge loss for the country and would affect the morale of the troops, as the late general was venerated by Army officers and soldiers.

“It will be difficult to find a good person like Prem. His integrity and loyalty to the nation, religion and monarchy was an example for Thais,” Prawit said. Meanwhile, His Majesty the King has ordered a 21-day mourning period in honour of the late statesman, who served as the Privy Council president until his death on Sunday.

Mourning officially began yesterday and will continue until June 17, with the exception of June 3, which is the birthday of Her Majesty Queen Suthida, the Royal Household Bureau announced yesterday. His body, covered by the national flag, was moved from Phramongkutklao Hospital, where Prem had been pronounced dead due to heart failure on Sunday morning.

Prayers for his royally sponsored funeral will be held every evening until June 2.

Prem’s body lies in state inside an eight-sided carved wooden coffin at the King’s order. This kind of coffin is usually only reserved for royals, regents and top Palace officials. Businesses are also urging their employees to wear black in honour of Prem during the mourning period.