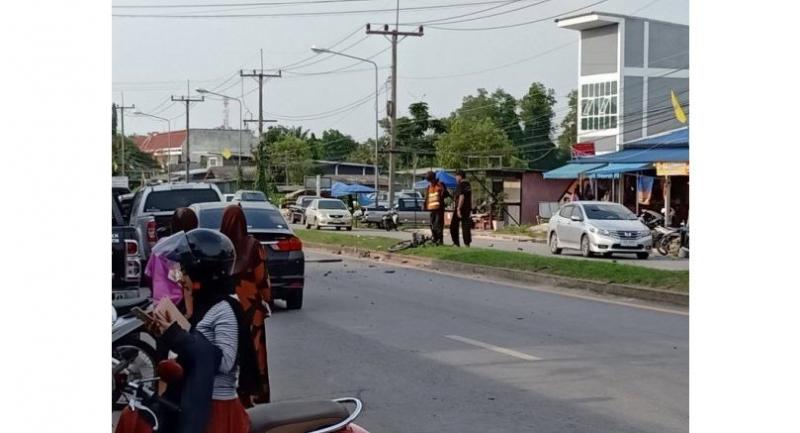 Relatives of one of the victims of the latest violence in the deep South have expressed their profound sorrow over the great loss suffered by their family after a teenager was killed in a bomb blast on Monday .

Twenty-two others, including security officials, were injured in the bloody incident.

Aiyadalfitli’s family posted on their Facebook page to express their deep sorrow, saying that the violence in the southernmost part of the country had now directly hurt them.

Her “little brother” was a good kid as he always did housework after school, his sister said in the post.

“He never went off the track. He was just a 14-year-old boy. Did he deserve this savage incident?” she said, adding that her family could not cope with the great loss.

Under the hastags #Rememberthisloss and #RestinPeace, another post said that the teen victim was his relative, and that his body was already back at the family’s home.

Families of victims will never know whether another relative will return alive when they step out of the house, he said, pointing out that the purpose of his post was to urge the insurgents to realise how bad it was for those having to cope with the loss of a relative.

“How are the parents going to live without their child?” he said.

It was hard for parents to see their child’s body come home, he added.