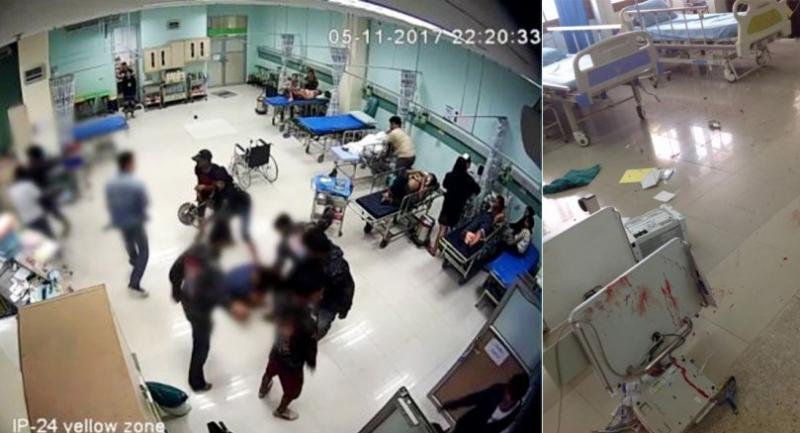 THE PUBLIC Health Ministry has clearly run out of patience and wants a zero-tolerance approach to unruly invaders raiding its hospitals and causing violence.

This year, as many as 11 physical attacks have erupted at state hospitals in various provinces. In the latest incident, a patient receiving treatment at an emergency ward at an Ubon Ratchathani Hospital had his face sliced with a cleaver when his rival forced his way in.

That incident, which occurred on May 19, appears to have been the last straw.

An informed source has revealed that the Public Health Ministry’s permanent secretary, Dr Sukhum Karnchanapimai, on May 24 issued a letter to all provincial governors informing them that they should ensure that perpetrators of violence at state hospitals face legal action.

The letter emphasised that state hospitals must file a complaint with police against all instigators of violence.

The letter even detailed the legal clauses that can be used against the wrongdoers.

Under Article 364 of the Criminal Code, for example, a raid using violence or the threat of violence is a crime. Damaging public property is also a legal offence under Article 360.

“Brawling at state hospitals scares patients, threatens hospital staff, and causes damage to state property,” reads one part of the letter, as it underlined the need to take legal action.

In the past, violent incidents at state hospitals were almost unheard of. But in recent months, several reports of physical attacks have made it into the media to the dismay of the public and authorities.

Statistics show 51 violent incidents occurred at state hospitals under the Public Health Ministry’s supervision between 2012 and 2019.

Of them, 18 were brawls among non-staff and 19 others were attacks against hospital officials. There was one deliberate attack on hospital property.

The upward trajectory of violent attacks seems set to continue, with at least 11 cases reported so far this year, prompting the Public Health Ministry to take a clear stance to bring instigators of violence to court.