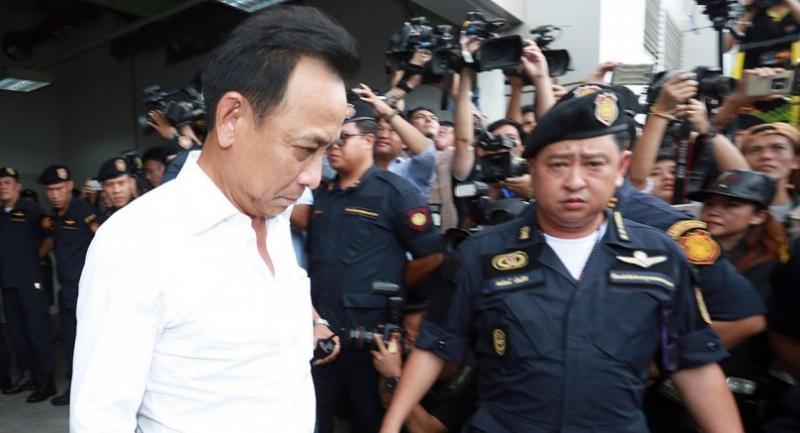 A CLOSE aide to imprisoned former commerce minister Boonsong Teriyapirom was yesterday sentenced to 50 years in jail in absentia for his role in a corruption scandal linked to the Yingluck Shinawatra government’s rice-pledging scheme.

Wirawut was originally sentenced to 72 years in jail – 18 years for each of the four counts of offence. However, the Penal Code sets 50 as the maximum number of years in prison.

The rice was supposed to be sold as a government-to-government deal, but the rice was never shipped to China and was instead delivered to local businesses.

Suthee Chuamthaisong, another defendant in the case, was yesterday sentenced in absentia to 32 years in jail for his role in the graft scandal. The court has also ordered him to pay Bt16.9 billion in compensation to the Commerce Ministry, which is considered the damaged party in the case.

Suthee worked for businessman Apichart Chansakulporn, who is better known in media as “Sia Piang”. The tycoon is serving a lengthy jail term for his involvement in the rice-pledging scheme.

Yesterday, the court also ordered arrest warrants to be issued for both fugitives.

Both Wirawut and Suthee have been on the run since 2015, shortly after the case was brought to court.

In August 2017, Boonsong and his former deputy, Poom Sarapol, along with 15 others were found guilty and given jail sentences ranging from four to 48 years.

On May 17, the Supreme Court ordered that assets worth Bt896.5 million belonging to Wirawut, his parents, ex-wife, daughter and former father-in-law be confiscated.