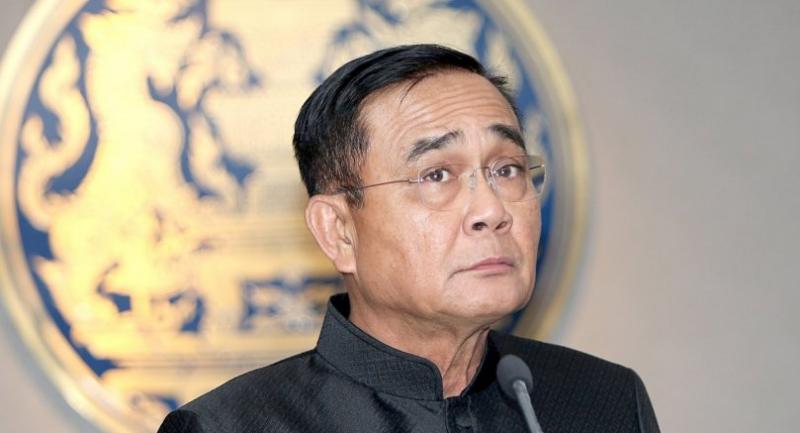 PM says he will personally screen the nominees proposed by coalition partners.

Coalition leader Phalang Pracharat is negotiating with the Democrat, Bhumjaithai, Chartthai-pattana, Chart Pattana parties as well as minor parties to form the government amid demands from many for grade-A ministry |portfolios.

“I’m waiting for the name lists from the parties and will call a meeting to discuss the matter,” Prayut said. “I have to personally look into this [portfolio allocation].”

Asked if his deputy, General Prawit Wongsuwan, would join the new Cabinet, Prayut said, “Don’t name anybody now. It’s the duty of the new premier.”

According to procedure, the selection of a person to the top government job would take place after royal endorsement of the new speakers of the House of Representatives.

The disarray in Parliament over the past weekend during the election of House speakers made it seem that politics had not changed, Prayut said, adding that he was not disheartened by the uncertainties facing his new government.

The House meetings over the weekend had indicated that his affiliation party, Phalang Pracharat, was having a hard time controlling its potential coalition partners. But Prayut, as the party’s PM nominee, appeared determined and told the press yesterday that if he were to stay, he must force himself to overcome whatever lay ahead.

In dealing with different politicians from different parties, if he returns as the new premier, the general said he would rely on law enforcement to handle many situations, adding that national interest should be the top priority.

Current developments point to Phalang Pracharat having the upper hand in forming a coalition over Pheu Thai Party, which is the party with the most number of MPs. Phalang Pracharat, however, has been struggling to seal its deal with partners, especially the Democrat Party.

Democrat, with only 53 MPs, has already secured the highest position in the legislative branch after its senior leader Chuan Leekpai was elected speaker of the lower house on Saturday. Other Cabinet seats are under negotiation, with some ministries including Agriculture being hotly debated.

The Democrat Party has reportedly demanded the Agriculture portfolio, but it is also coveted by influential figures in Phalang Pracharat, making it difficult for the two parties to cut a coalition deal.

Democrat spokesperson Rames Rattanachaweng stressed yesterday that the party had yet to agree to join the Phalang Pracharat-led coalition.

Initially, the Democrats had proposed some major principles for the pro-junta party to consider, including the amendment of the charter and policy direction, such as solving the issue of agricultural product prices, he explained.

As negotiations on Cabinet positions were still in progress, Prayut said yesterday the parties would have to discuss the matter further, adding it was up to the next premier to find a solution.

Prayut yesterday distanced himself from a Democrat Party proposal to amend the Constitution, saying it was a matter for the next government to decide. He said since the situation has changed, it was possible to amend the legislation.

In a related development, the Asean Parliamentarians for Human Rights have called on the junta to stop harassing political rivals.

The group cited the legal actions against Future Forward leader Thanathorn Juangroongruangkit, who was recently suspended from the lower house for the timing of his holding shares in a media company, as an example. The group said the case was possibly politically motivated. In response, Prayut said yesterday that he had no enemies and that if everyone respected the law, they would not be in trouble.

He urged politicians to desist from involving the international community in the internal affairs of the country or to use them as a shield for their personal protection.