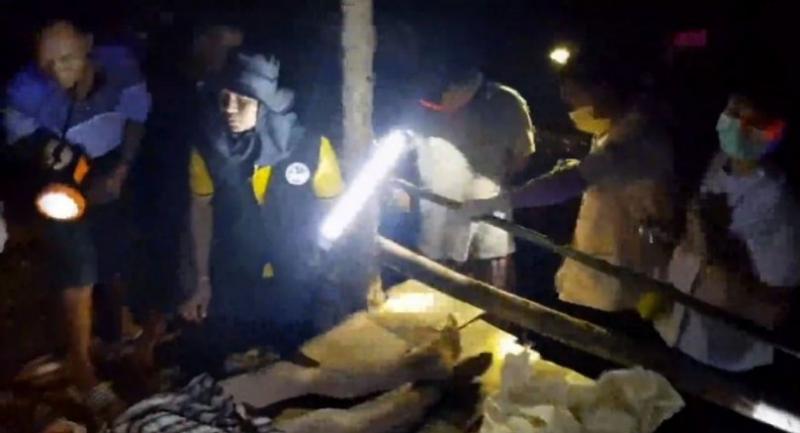 A cassava plantation worker was killed along with his dog when they were struck by a lightning bolt while sheltering in a makeshift hut in Kalasin’s Nong Kung Si district on Tuesday evening.

The worker was identified as Udomsilp Phuchaemchote, 54, from Ban Khok Klang village in Tambon Dong Mool.

His wife, Suthamma Phuchaemchote, 48, told police that she and her husband were digging cassava when it began to rain heavily. She ran home while her husband and his faithful companion took shelter in the hut.

She said that when her husband failed to return home after the rain stopped, she went out to look for him and found he had been killed. Scorch marks consistent with a lightning strike were found on the ground near where Suthamma discovered the corpses of Udomsilp and his dog.