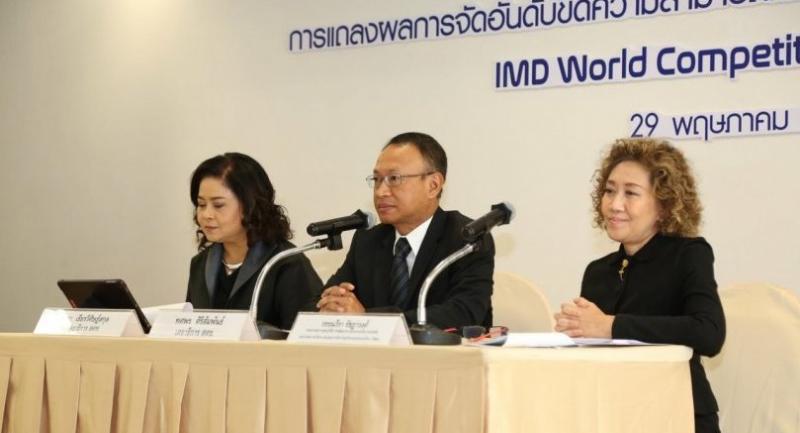 Thailand has jumped five spots in an international ranking of world competitiveness, going from 30th spot last year to 25th for 2019.

The International Institute for Management Development (IMD)’s 2019 World Competitiveness Ranking placed the Kingdom behind Singapore and Malaysia in the Asean region.

The National Economic and Social Development Council (NESDC) responded that Thailand could surpass Malaysia to become the region’s second most competitive economy in the next five to 10 years.

The IMD ranking is based on an evaluation of economic performance, government efficiency, business efficiency and infrastructure.

Thailand’s ranking in economic performance has improved from 10th to 8th, government efficiency from 22nd to 20th, and infrastructure from 48th to 45th. However, the country’s business efficiency fell from rank 25 to 27.

Singapore topped the regional chart and was the world No 1 for competitiveness. Malaysia ranked 22nd overall, with Thailand at 25th, Indonesia at 32nd and the Philippines at 46th.