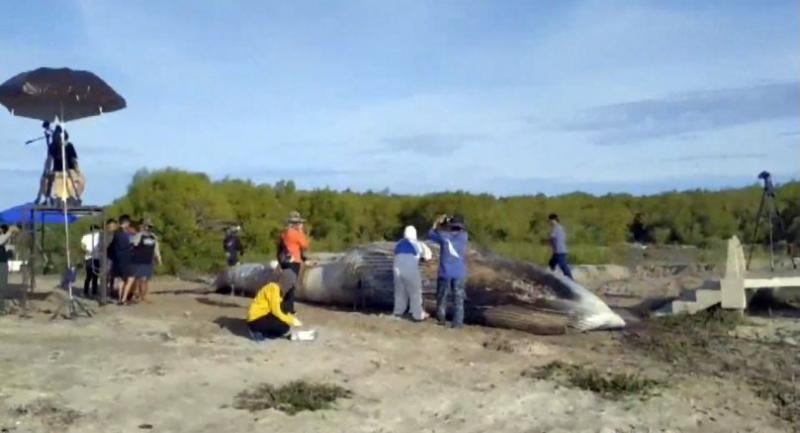 The carcass of a Bryde’s whale from the Gulf of Thailand has been towed ashore in Phetchaburi’s Ban Laem district early on Wednesday. It is being dissected to find the cause of death.

The Marine and Coastal Resources Department was informed by the Thai Whales group that the carcass was floating offshore so the Phetchaburi Marine Biological Centre used a fishing boat to tow the carcass ashore. Patcharaporn Yaowasud from the centre said the carcass was on a beach in Moo 2 village in Tambon Pak Thalay.

Patcharaporn said the female was not yet fully matured and was almost 11 metres long and weighed over 10 tonnes.

She said there were no signs of injury, adding that the carcass would be buried on the beach after the post-mortem.