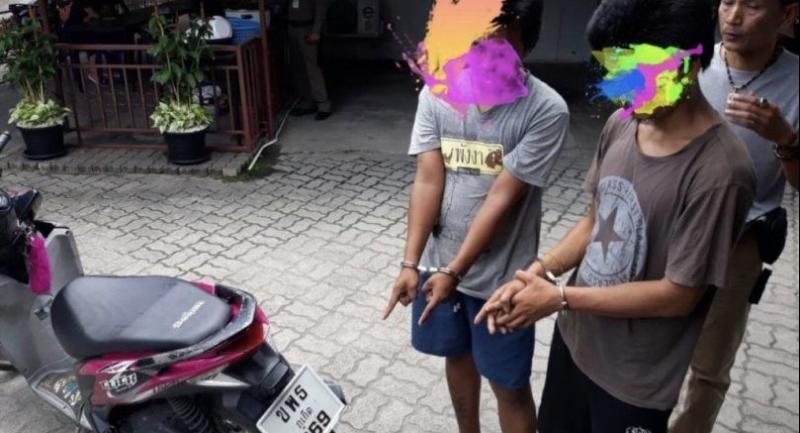 Two suspects who allegedly snatched a bag from a Chinese tourist in Rawai last week, pulling her to the ground, have been charged.

The pair rode a motorbike and reportedly snatched the bag as they drove past, dragging the woman along the ground as she tried to hold on. Yesterday afternoon police arrested two suspects, Suppalert Kruayoo from Nakhon Pathom and Monthon Kruapanit, both 25, from Phuket at a house in Karon.

They were taken to the Chalong Police Station where they were charged with snatching the bag and causing mental and bodily harm.

Suppalert, who was the passenger, allegedly told police that he snatched the bag and received Bt1,000, while Monthon received Bt600.