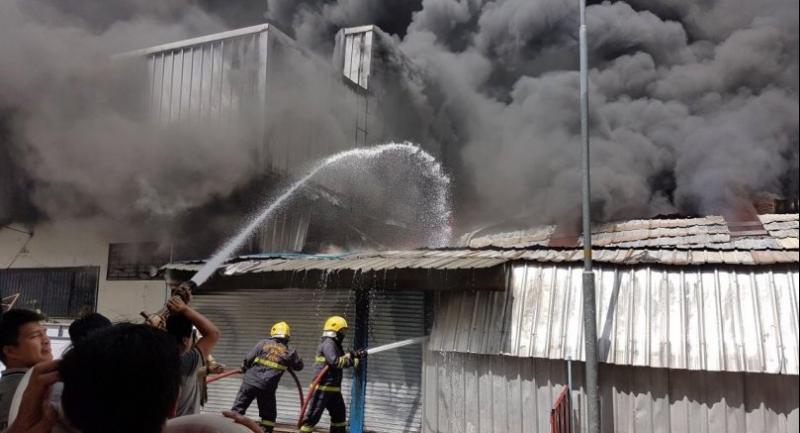 A fire broke out in a warehouse filled with electric appliances in Phitsanulok’s Muang district on Thursday afternoon.

Police said the fire started at the warehouse of the Thai Mart Mall on Mittraparp Road in Tambon Samor Khae at 2pm. Over 30 fire engines took over an hour to control the blaze.

The warehouse stored some 400 air conditioning machines and refrigerators. The fire swept through the entire warehouse, police said.

No casualties were reported.

Police suspect the fire was caused by short circuit but forensic science officers have yet to conduct an investigation.