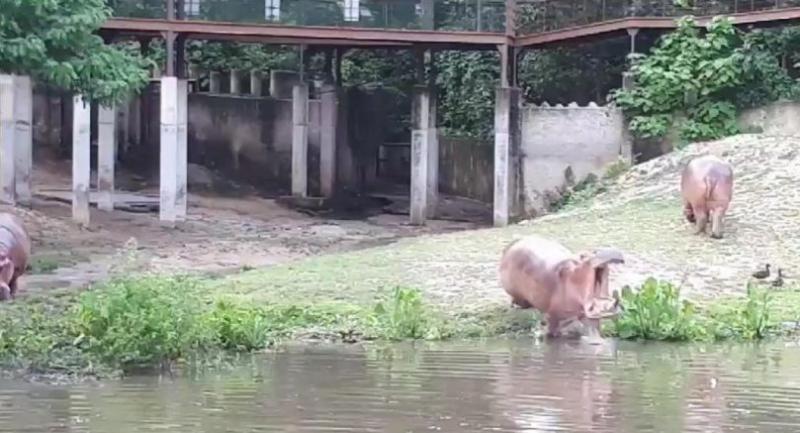 Twitter came alive on May 28 when a clip showing a hippopotamus family having fun in their new habitat in Chon Buri’s Khao Kheow Open Zoo was posted.

In fact, the clip of the family of three running into a pool one by one with huge splashes caught the eye of many tweeple since Dusit Zoo director Visit Arsaithamkul posted it. (Watch the video clip)

When asked about the names of the hippos, Visit said the first to run into the pool was called “Phom” or Skinny, and he was followed by “Ying” or Lady, and the last to get into the water was their child “Pee Mai” or New Year.

He wrote: “[They] are very cheerful after being kept inside while their habitat was being repaired. Today they have the opportunity to jump into a huge pool.”

When queried by tweeple about the legendary Mae or Mama Mali, who was the mascot of Dusit Zoo, Visit said she was old and had a small, shallow pool all to herself. Mae Mali was given to Dusit Zoo by the Netherlands in 1967, is now 53 years old and has as many 14 children. She was moved to Khao Kheow zoo after Dusit Zoo was shut down last year.