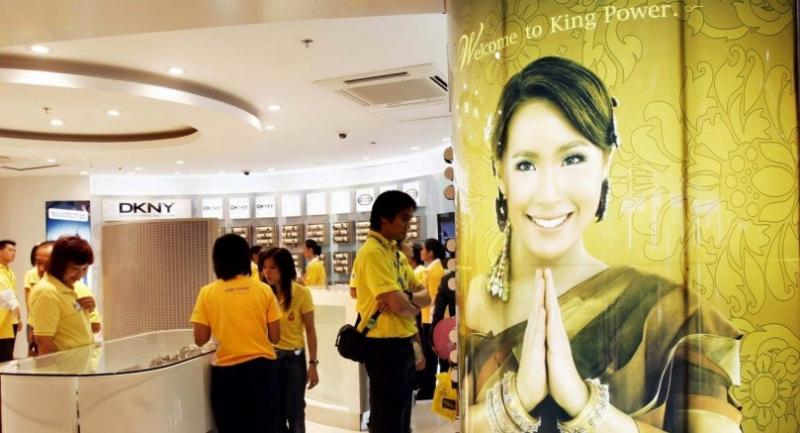 Thailand's King Power won the auction to run the duty-free shops at Bangkok's biggest airport, authorities said Friday, priming the company to extend its monopoly over a concession worth nearly $2 billion a year.

The unlisted company, founded by the late Vichai Srivaddhanaprabha -- Thailand's fourth richest man and owner of Leicester City football club at the time of his death last year -- has held a monopoly over Thailand's duty-free industry since 2006.

That has prompted intense criticism from rivals including some of the world's biggest travel retailers, who have lobbied for the monopoly to be broken up saying a lone player limits revenues for Thailand's airports and could fuel corruption.

The concession, administered by Airports of Thailand (AoT), is set to be renewed in 2020.

Duty-free sales in Bangkok's Suvarnabhumi airport -- which attracted 51.5 million international visitors in 2018 -- generate an estimated $1.9 billion a year, according to the Thailand Development Research Institute.

The decision is set to be finalised on June 19.

King Power "proposed higher compensations than the current one AoT receives... we have finalised our negotiations," said Wichai Bunyu, AoT's senior executive vice president, declining to reveal how much each company bid.

Rival bidders on Friday expressed dismay over the apparent lack of transparency in the award.

A second duty-free concession at Phuket, Chiang Mai and Hat Yai airports is expected to be announced later this year.

Suvarnabhumi rakes in the lion's share of revenue from Thailand's airport and AoT earned $522 million in 2018.

The death of Vichai in a helicopter crash last year raised questions over the ability of his youngest son, Aiyawatt, to maintain King Power's hold on its cash cow airport monopoly.

But winning the auction suggests "that even without the patriarch, the conglomerate still has enough pull", said political analyst Thitinan Pongsudhirak.

At the time of his death in October, Vichai's empire was worth around $5.2 billion, according to Forbes, making him Thailand's fourth richest man -- a meteoric rise since his company started in 1989 with a single Bangkok shop.

Last year, a Thai court rejected an attempt to sue King Power for hundreds of millions of dollars in unpaid revenue to AoT -- a rare legal challenge issued by the company's rivals.