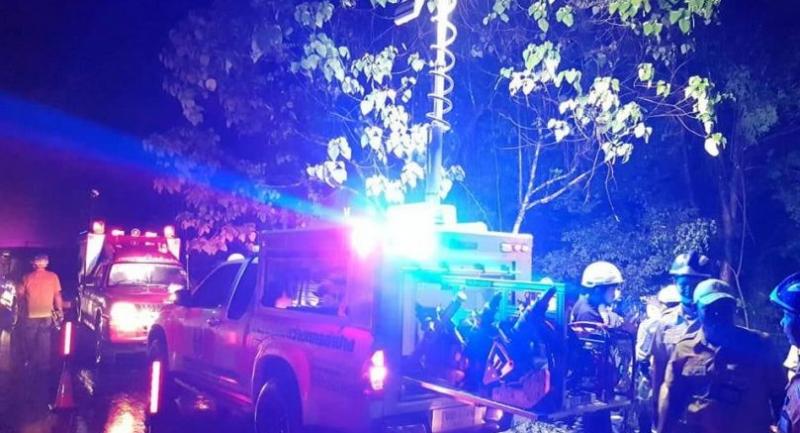 Seventeen passengers were injured when a Chiang Mai to Phrae bus crashed off a mountain road in Phrae’s Long district on Friday night.

The accident happened at 8.30pm on the Den Chai-Lampang road in Moo 5 village in Tambon Bor Leng Long.

Rescuers struggled to rescue the injured passengers from the bus that had fallen about 20 metres down the steep mountainside.

The bus driver, Suriyon Saenchan, 42, told police that it was raining and a pickup truck suddenly changed lane to block his bus. He said he had to swerve to avoid crashing into the truck and lost control of the bus.