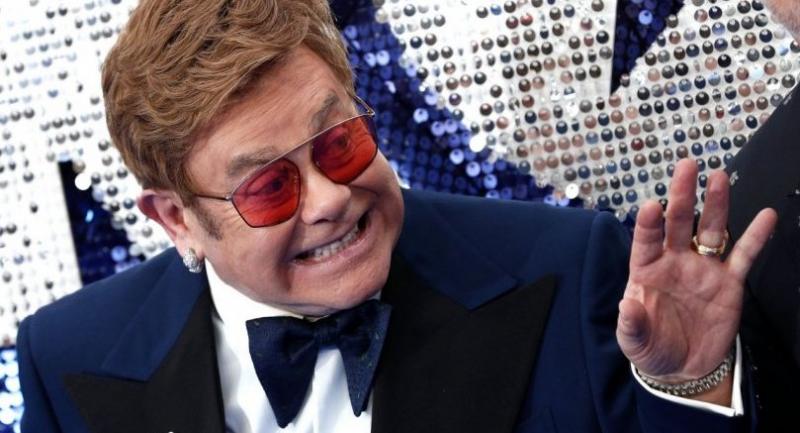 English singer-songwriter Elton John poses on the red carpet upon arriving for the UK premiere of the film Rocketman in London on May 20, 2019./ AFP

Elton John has slammed the removal of gay sex scenes from the Russian version of the musical biopic of his life "Rocketman" as "cruelly unaccepting".

Film critics who watched a preview on Friday said the local distributor had censored some scenes for legal reasons.

In a joint statement with the filmmakers, the superstar said he only became aware of the cuts on Friday.

"That the local distributor had found it necessary to edit out certain scenes, denying the audience the opportunity to see the film as it was intended is a sad reflection on the divided world we still live in and how it can still be so cruelly unaccepting of the love between two people."

Russia has a dire record on LGBT rights and a controversial law bans the promotion of "non-traditional sexual relationships" to minors, though it is not clear why this would apply to the 18-rated film.

Film critic Anton Dolin wrote on his Facebook page that all the sex or kissing scenes had been cut out, adding that the edits had been "very obvious".

The film, which is set for general release in Russia next week, addresses the British pop icon's struggles with his sexuality, drugs and alcohol.

Another journalist who attended the screening, Misha Kozyrev, wrote that scenes featuring drugs were also cut from the film.

"Yes, the film has been amended to comply with the laws of the Russian Federation," distribution company Central Partnership told the TASS news agency, without providing details.

Russia's culture minister Vladimir Medinsky told state agency RIA Novosti that his ministry had nothing to do with the edits and that "everything is decided by the distributor."

"We do not cut anything, I don't even understand what this is about," he was quoted as saying.

Film critic Dolin said the text that ends the film was also changed, to say only that Elton John founded an NGO to fight AIDS.

But in the original, viewers learn that he eventually found love and is raising two children with his same-sex partner.

In the statement, the singer praises Paramount Pictures for being "brave and bold" in allowing a true representation of his life.

"We believe in building bridges and open dialogue, and will continue to push for the breaking down of barriers until all people are heard equally across the world," the statement concluded.

Amnesty International called the censorship of the film "an insult for the rights of LGBTI people."

In a statement on Friday it said the editing of the film was an example of Russia's anti-gay laws "undercutting freedom of expression and encouraging homophobia in Russia."

Other films that included gay scenes, including the recent biopic about British rock star Freddy Mercury, "Bohemian Rhapsody", were shown in Russian cinemas.

Elton John is popular in Russia, where he first performed during the Soviet era in 1979 but he has been a vocal critic of the country's anti-gay laws.

"Rocketman" premiered on May 16 at the Cannes film festival where it received a standing ovation.