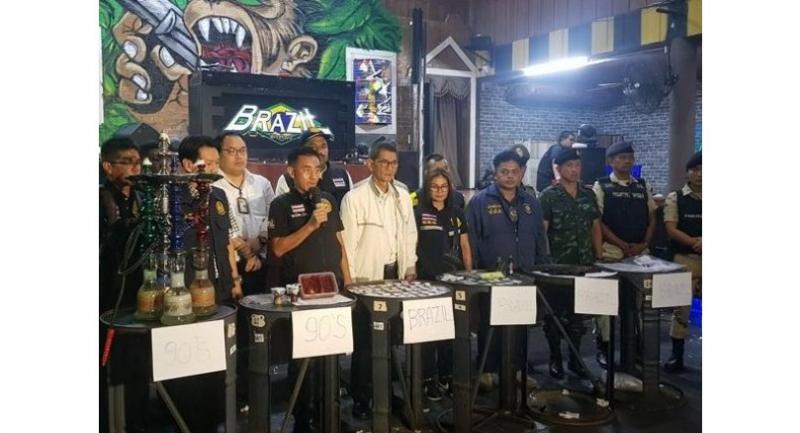 Five top police officers in Pattaya City have been slapped with transfer orders after two night-time entertainment venues in their area were found to have operated beyond legal hours.

Also found at those places were illicit drugs and "baraku" or water-pipe smoking equipment.

He added that the five police officers would also face a probe.

The Provincial Administration Department, with support from military units and relevant authorities, conducted a raid at Brazil Pattaya and 90 Bar parlours at about 4am on Saturday in response to complaints that they operated beyond legal hours.

During the operation, officials found more than 300 customers inside Brazil Pattaya. A gun, a knife, ecstasy pills, ketamine and crystal methamphetamine were found at the venue. Nearly half the customers tested positive for drugs. Also found at the scene were four underage customers. By law, pubs must not admit customers younger than 20 years of age.

At the 90 Bar, 14 customers tested positive for drugs.

The managers of both these entertainment venues now face several charges.

Ronnarong Thipsiri, a senior official from the Provincial Administration Department, said the Chon Buri governor would be asked to order the closure of Brazil Pattaya and 90 Bar for five years.