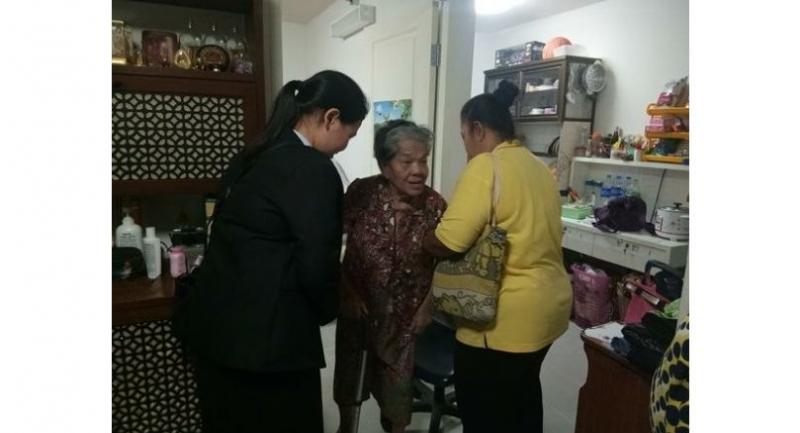 ABOUT 2,000 people have registered themselves as volunteers for Thailand’s Time Bank initiative, under which they will provide care to the elderly to earn credits that would entitle them to similar help in the future.

“Services provided for the elderly are mostly about basic care and assistance. For example, volunteers help bring the elderly to a hospital or to a market. Volunteers also assist with house-cleaning and the repair of household appliances, etc,” said Praiwan Ponlawan, the director-general of the Department of Older Persons (DOP).

While some volunteers may just want to help without expecting anything in return, under this initiative they will still be given credits. These credits will initially be registered on paper and then integrated into the IT system at the end of each year.

In the future, when the volunteers have themselves become older and need assistance from others, they will be able to use those credits to get free services from the project. Through this project, participants are both givers and takers.

Training is provided to volunteers, and their performance is also evaluated every three months.

The DOP hopes that the Time Bank will become a key tool for Thailand to deal with its growing elderly population.

There were 11 million elderly Thais in 2017, statistics showed, accounting for one-sixth of the total population.

“Many communities have contacted us, as they are interested in introducing such projects to their area,” she noted.

The Time Bank initiative was developed based on Japan’s time-bank model, the Taimu Banku.

This concept emerged in Japan in 1950, when Teruko Mizushima – a housewife based in Osaka – publicly suggested that middle-aged people should allocate two hours a week to care for the elderly, particularly the war veterans.

Mizushima started translating her concept into action when her children grew up and started their own families. By 1979, her volunteer group had branches in all parts of Japan.

Then two retired men – Tsutomu Hotta and Keiichi Takahata – took the concept further by establishing the time bank in 1991 and set an example for Japanese men to follow. Their action made it clear that men could also be caregivers through a volunteer project.

The time-bank concept has since spread to other countries.

In 2012, Switzerland set one up, followed three years later with similar banks in the United Kingdom and China.