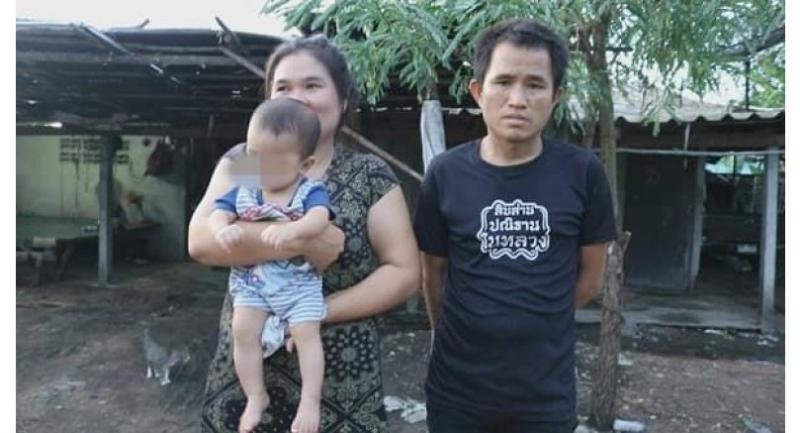 The grandparents of a seriously ill five-month-old baby, who was born to a female prisoner and a fugitive father, are calling for help.

“Her brain is swollen with fluids and she is blind,” the maternal grandparents said Monday.

According to them, the Amnat Charoen Prison contacted them early this year to tell them that their daughter had given birth to a baby while behind bars and told them to take care of the newborn.

Despite being poor, these two workers rushed to pick up their granddaughter only to find that the baby girl had several health problems. After several visits to the hospital, they realised that they might not be able to take care of her on their own.

“She will need regular treatments to draw fluids from her brain until she grows enough to undergo brain surgery. We are workers living in a rented room with little income,” the grandparents said. “So, we need to ask for help”.

The grandparents, whose names are being withheld to protect the identity of the baby, said they wanted nothing except to see their granddaughter recover from her condition and be able to see.

Chukrit Taeng-orn, the kamnan of Tambon Beung where the couple lives, said he would try to contact relevant authorities for the sake of the baby. “I will try to help,” he said.