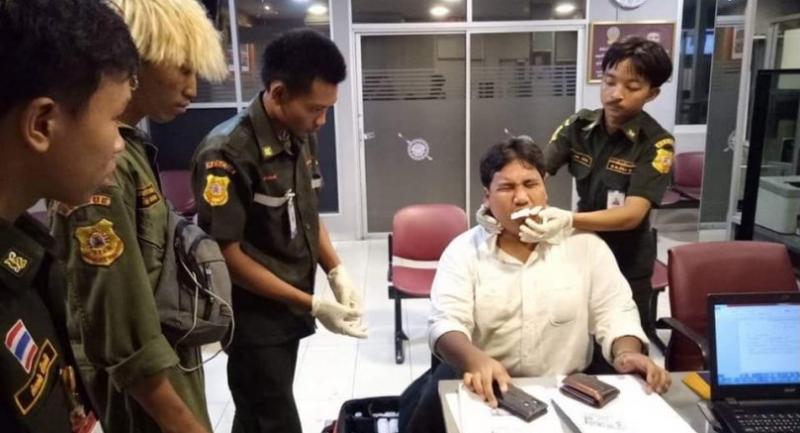 Politicians from the so-called “democratic camp” on Monday condemned an attack the previous night on a key anti-military activist.

Sirawit Sereethiwat, better known as “Jaa New” (Sergeant New), was attacked on Sunday night by a group of five to six men armed who used wooden sticks beat him mainly to his face and head. He said the attackers rode motorcycles and said nothing before hitting him.

“They looked like they were trying to kill me. I don’t know why they were so angry at me. I will never forgive them. And I ask the police to finish this case as soon as possible,” he said.

Sirawit, 27, said he would have to be more careful after the attack, which left him bruises and cuts to his face, lips, right ear and some other parts of his body.

The activist, who earlier led protests against the 2014 military coup and the ruling National Council for Peace and Order (NCPO), has campaigned for the 250 junta-appointed senators to abstain during Wednesday’s parliamentary vote to select the next prime minister.

Most, if not all, of the senators are expected to vote in favour of General Prayut Chan-o-cha, the prime minister candidate of the Phalang Pracharat Party, to continue as the government head.

“I strongly condemn the attack on Sirawit, or Jaa New, during his campaign against allowing senators to select General Prayut as the next prime minister,” Poomtham said in his Facebook post. The politician asked if Thai society would allow “power-hungry people” to use “barbaric methods” in order to stay on in power. He added that people who beg to differ seemed to “have nowhere to stand” in this society.

Piyabutr Saengkanokkul, secretary-general for the Future Forward Party, also on Monday condemned the use of violence against Sirawit, which he said was aimed at creating an atmosphere of fear among dissidents.

“This was not the first time for use of intimidation, threats and violence against political dissidents,” the academic-turned-politician said in his Facebook message.

“No culprits have been arrested. Worse still, the dissidents are slapped with legal actions meant to block them from expressing their political views,” he said.

Sirawit’s mother Patnaree Charnkit said on Monday that she had often warned him to be careful following attacks on political activists. This was the first time he had been attacked so seriously, she added.

“The attackers didn’t seem to just threaten him or ‘give him a lesson’. They focused their attack on his head,” the mother said while visiting Sirawit at Mission Hospital.

She said his doctor told her that an initial examination showed the attack had not damaged Sirawit’s brain. However, as the activist had complained of dizziness, she wanted him to stay in hospital for another day.