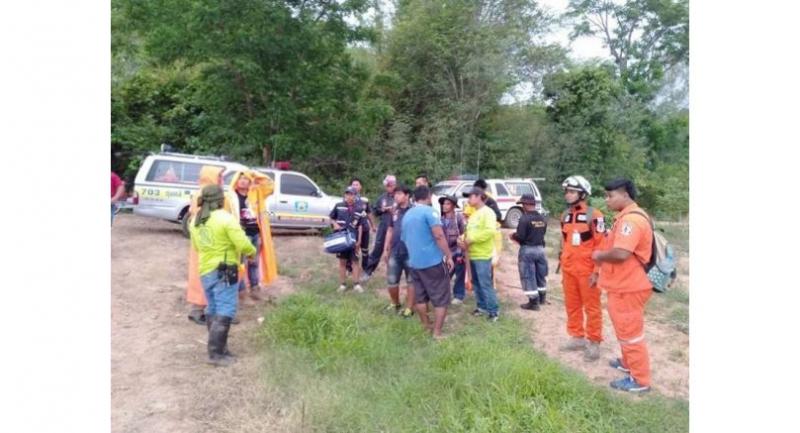 A two-day search operation for an intellectually challenged woman in Suphan Buri province ended on Monday morning, after she was spotted near her home.

“She was found alive. And she is now reunited with her family,” Dan Chang district chief Sittisak Yampraipirom said.

The search was launched on Saturday after Tor Tasuk, 74, reported to police that his daughter had gone missing and that he was worried about her safety.

His 47-year-old daughter is mute, intellectually disabled and scared of people.

Police therefore called for help from rescue workers and local volunteers in the search operation.

Nearly 100 people came forward to assist in the search for the missing woman.

On Monday morning, a neighbour reported that he had heard a clinking sound behind his hillside home.

When officials went to the spot to check, they found the woman they had been trying to locate.

She was sitting on a rock under which a chain, which was attached to her ankle, had become stuck.

Tor expressed his delight at being reunited with his daughter.

“But as I am already old, I get increasingly worried about her. I hope relevant government agencies will come forward and help take care of her,” he said.