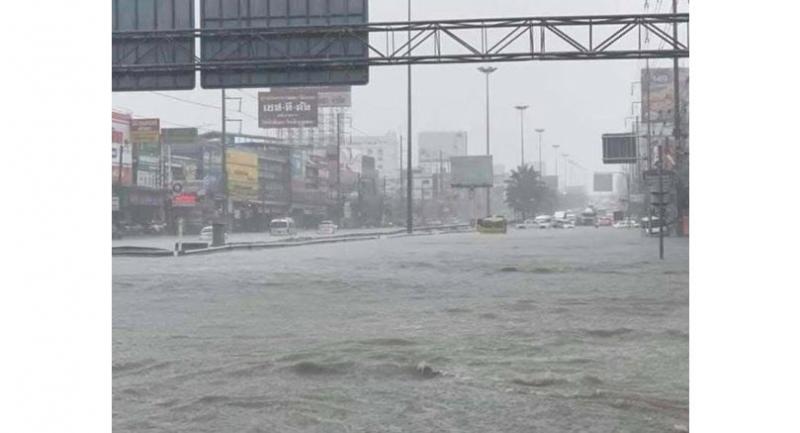 Pattaya mayor Sonthaya Khunpluem has said that Bt665 million from the Eastern Economic Corridor (EEC) budget will be used to solve the problems facing Pattaya.

Speaking to Manager, Sonthaya said the current flood prevention measures were clearly inadequate and were built just with the resort in mind. Runoff from other areas meant the city’s systems could not cope with the deluge.

Money will be spent on digging a huge new reservoir and three high powered pumping stations among other measures that are vital to protect the city well known for its tourism.

Areas where particular attention will be centered are Soi Khao Talo and the Railway Road.