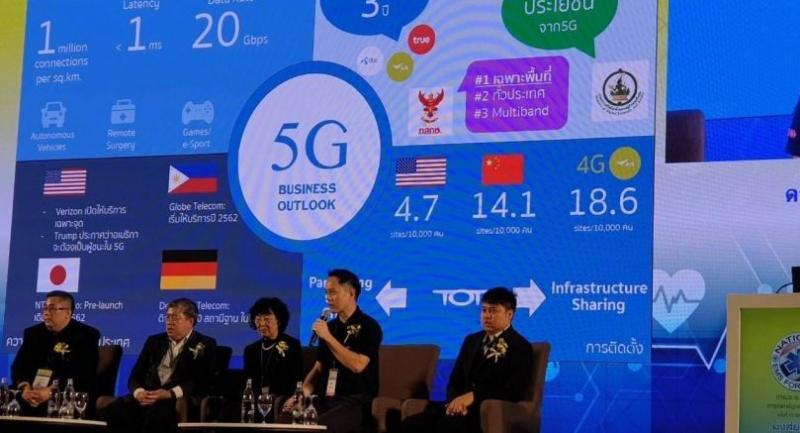 Thailand is discussing with Google on how to locate people calling Hotline 1669 for emergency medical help even when their call gets cut off.

“We have heard that finding the location of callers in times of emergencies is now possible in many foreign countries,” Nattanan Tadpitakkul, a researcher from the National Electronics and Computer Technology Centre (Nectec), said yesterday.

Speaking at the “Conference Programme of National EMS Forum 2019: Generation”, he disclosed that Thailand was already in talks with Google in the hope of automatically identifying the location of callers who seek urgent medical help via Hotline 1669 in the event that their calls get cut off.

The National Institute for Emergency Medicine (NIEM), which operates the hotline, organised the conference and addressed EMS System Technology Innovation during the event.

“For example, technologies can allow real-time communication among those involved in the delivery of medical services for emergency patients,” he said.

He said telemedicine system in ambulances would let doctors at hospitals diagnose patients based on vital signs and retrieve their health history from database in preparation for the most timely and effective treatments possible.

Kitti Wongthawornwarat, who heads the innovation and health information team at Nectec, said now an innovative operation information system was being experimented in Ubon Ratchathani province to facilitate emergency-medicine services.

This system covers the centre receiving reports of emergency cases, hospitals, and vehicles dispatched to patients.

“Through the system, doctors can see patients being transported on vehicles,” Kitti said, “Medical teams also know exactly where the vehicles are.”

So far, he said relevant officials were still not familiar with the system and it could take some time for them to adjust.

“After some time, we will evaluate the efficiency of the system. If it proves efficient, we will introduce it in other provinces too,” Kitti said.

Teerawat Issariyakul, a manager for information technology safety and standards at TOT Public Co Ltd, said while technology could be very useful, it was important for all parties involved to promote and uphold the safety of Internet of Medical Things too.

“Set passwords and update software of your medical equipment. Keep passwords safe. And when it’s not necessary, turn the equipment offline,” he said, emphasising that one must not ignore the threat of cyber-attacks and ransom-ware.