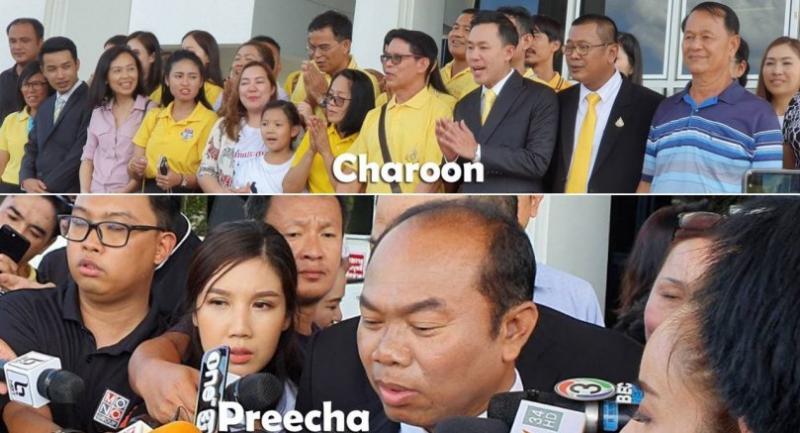 KANCHANABURI Provincial Court on Tuesday dismissed a high-profile criminal case filed by a local teacher who claimed that a retired police officer had used his lost lottery ticket to claim the Bt30-million prize money.

The battle over who owns the lottery had gripped Thai media for over a year now.

Preecha also accused Charoon of picking up five lottery tickets that he claimed to have bought in October 2017 and lost at a local market in Kanchanaburi.

The five lottery tickets, all numbered 533726, turned out to be first-prize winners in the November 1, 2017 draw, with each ticket winning Bt6 million.

on Tuesday, the court ruled that Preecha was not the damaged party, as he had no way of proving that the winning lottery ticket belonged to him.

The court also found that the plaintiff did not visit the market on October 31, 2017, the day he claimed to have bought the winning tickets. Records of Preecha’s mobile-phone usage were used in the court trial.

After learning about the court’s dismissal of the case, Charoon said he felt relieved after having waited for over a year. He added that his side was ready to “fight until the end”, if the plaintiff opted to appeal the verdict.

When asked if he would counter-sue, Preecha said he would first consult his family and lawyer.

The defendant’s lawyer Sittha Biabangkerd on Tuesday thanked Kanchanaburi Provincial Court for “maintaining justice” and reaching its judgement in line with the witnesses and evidence presented.

He also said that Charoon should sue Preecha and request a court order to lift the suspension imposed on the Bt30 million in prize money.

Testimonies from witnesses on both sides were heard over six days in March and April.

One of the plaintiff’s witnesses, lottery vendor Panatchaya Sukphol, said on Tuesday that she was still sure the winning tickets belonged to Preecha, adding that the court had not really ruled on who owned the disputed tickets.

She also pointed out that both sides still have to prove how they came into the tickets.

She suggested that the plaintiff take the case to the Appeals Court.

“This is just the beginning. The case is not over yet,” she said.